Funnily enough, this isn’t the first time Ranveer has worn something that has been spotted on a female celebrity too. Previously Ranveer has also been seen in a Sabyasachi ensemble that was later also seen on Rani Mukherji and also a neon green Dior pantsuit just a while after Bella Hadid sported it.

Ranveer Singh’s quirky personality and over-the-top style have always grabbed eyeballs, catapulting him to the position of the edgiest, most stylish and experimental male actor in Bollywood. While one is used to seeing female leads dressing to the nines for red carpets, public appearances, events and more, until Ranveer, most of Bollywood’s male hotties would stick to classic colours, patterns and styles. So we are glad that Ranveer got everyone up on their feet, however, he is the original and can’t be replaced.

Recently, Ranveer Singh was in attendance with the biggest names of Bollywood at the Zee Cine Awards 2020, and not only did he win accolades for his performance for Gully Boy, but also looked like a total rockstar while doing so. The actor strutted down the red carpet in a gorgeous SS2020 Versace jacket which had the Seven Vessels print featuring opulent vases in bright hues, that has been created in collaboration with artist Andy Dixon. The Versace website describes the collab with Andy, ‘a friend of the House’, as an exploration of the themes of luxury and decadence. Ranveer paired the jacket with black pants, shoes and shirt, sporting black sunglasses and perfectly coiffed hair.

In an interview with Fashion Magazine, Andy said, “Working with Versace has been a dream come true. I’ve referenced the house in past work because I’m drawn to their ethos – a kind of sampling of art historical tropes, smashed together in irreverent over-the-topness, which I take a lot of inspiration from. When they contacted me, I thought, this is exactly what needs to happen, and the collaborative process was smooth and harmonious, as though I was working with old friends.”

Versace and Andy have collaborated in the past to create bold installations for Milan Design Week and Art Basel last year, and for Spring 2020 he was brought back on board to produce a selection of vibrant garments.

Victoria’s Secret model Sara Sampaio is quite a stylish lass herself, and imagine our surprise when we saw that Sara had pulled off a look similar to Ranveer’s in September of 2019. She wore the Versace SS20 Swarovski crystal-embellished suit which had motifs of opulent vases which feature in the Seven Vessels print, with nothing underneath. Sara sported smokey eyes, dramatic winged eyeliner and slicked back wet hair. She looked stunning with her bright pink and orange studs, purple ring and a black clutch. 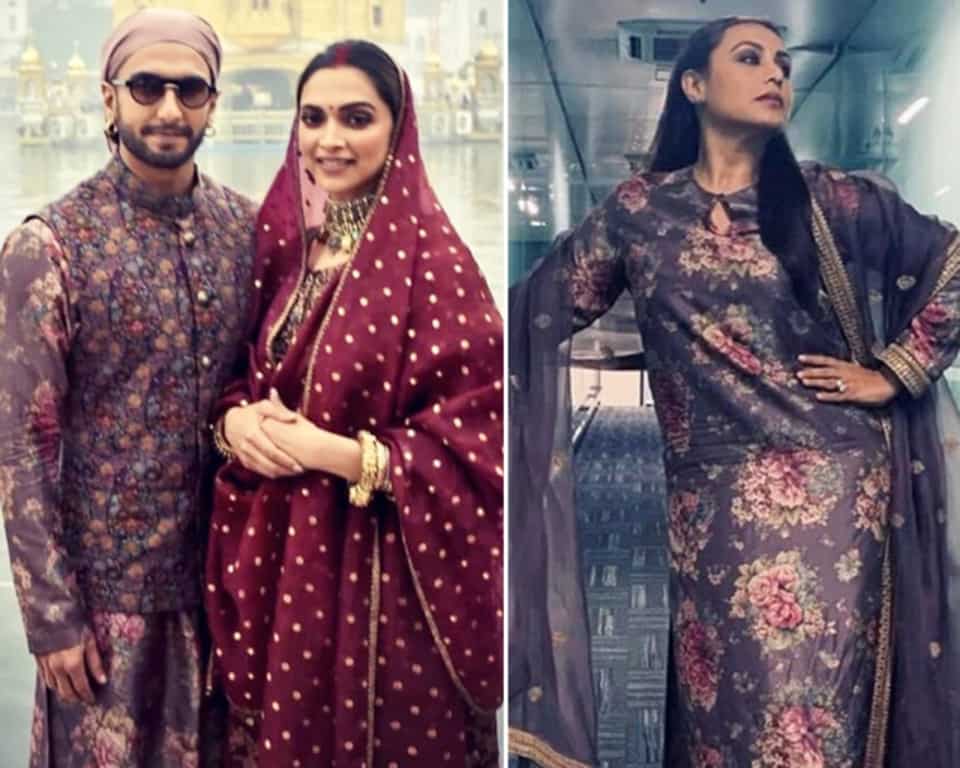 Funnily enough, this isn’t the first time Ranveer has worn something that has been spotted on a female celebrity too. 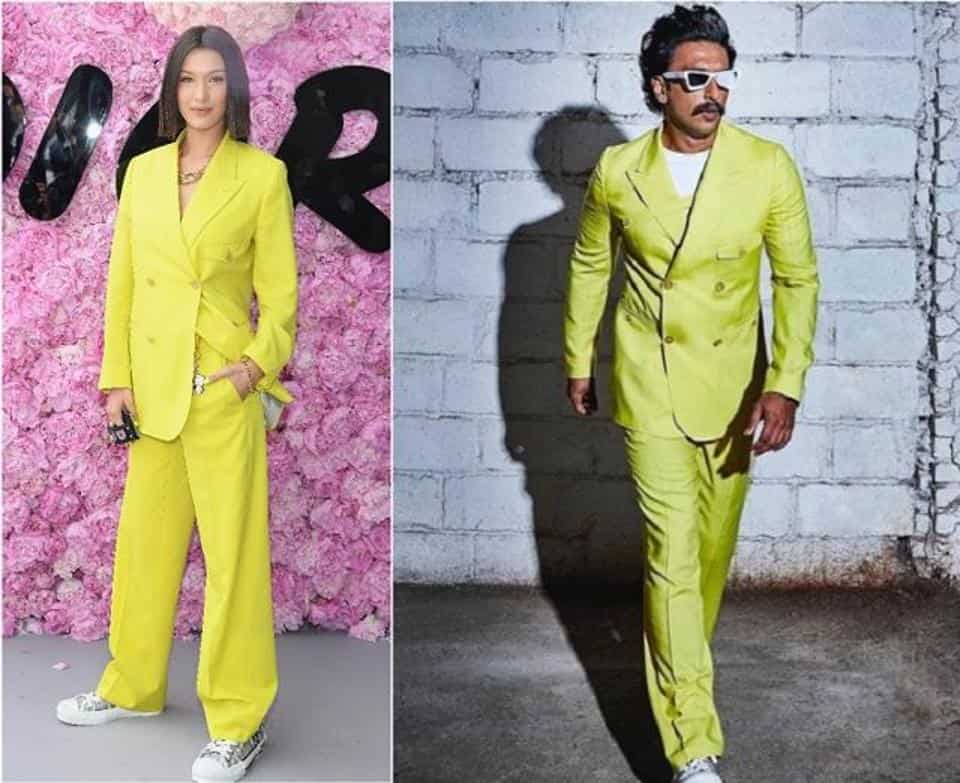 Previously Ranveer has also been seen in a Sabyasachi ensemble that was later also seen on Rani Mukherji and also a neon green Dior pantsuit just a while after Bella Hadid sported it. Bella and Ranveer both sported white shoes, although Ranveer opted for a white T-Shirt and Bella went for no top and a chunky gold necklace.

Who do you think wore the pantsuit better? Ranveer or Sara?