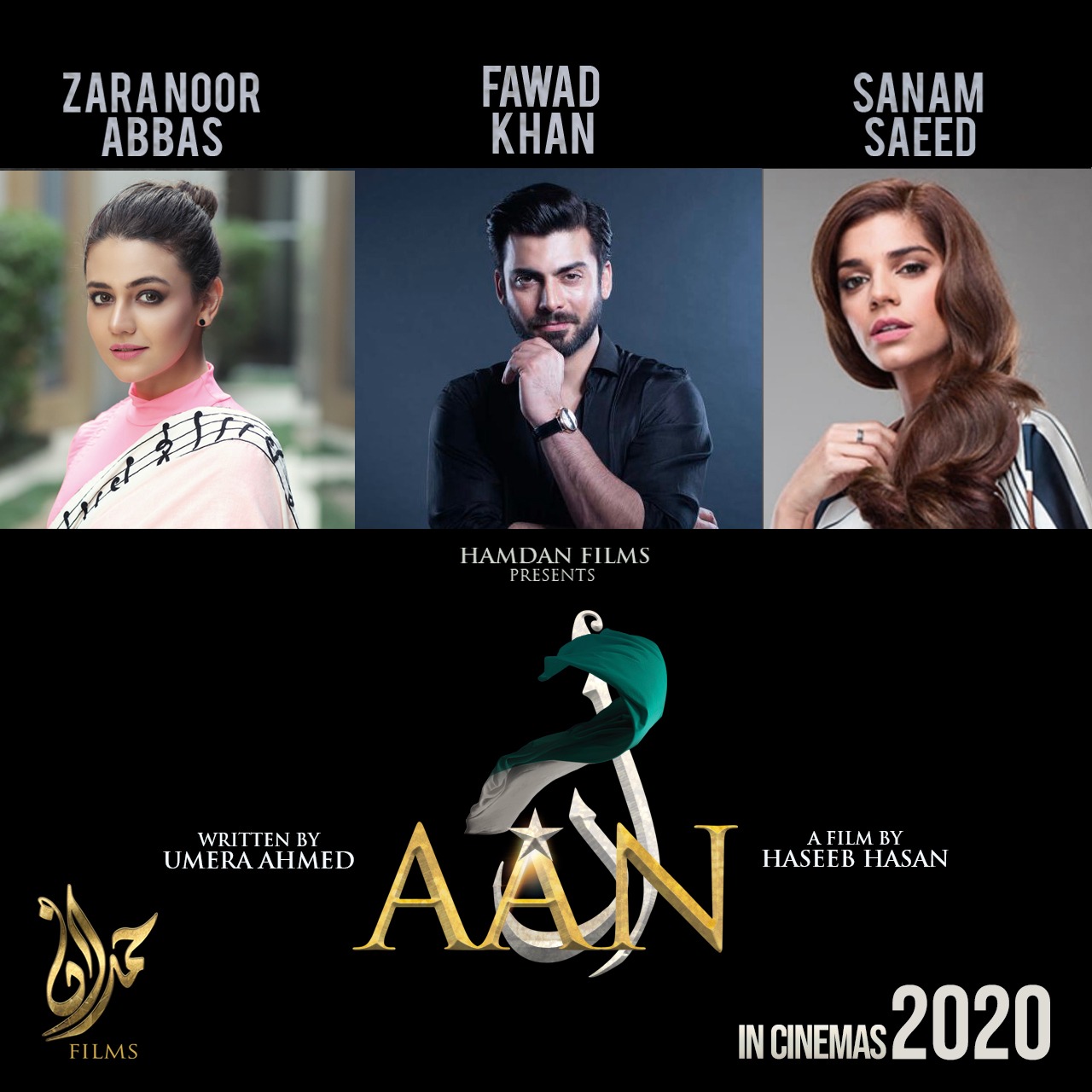 The renowned Director and Producer, Haseeb Hasan of Hamdan Films, is gearing up to bring another blockbuster feature film titled ‘AAN’.

The film features Fawad Khan in the lead, a world-renowned actor that lives in the hearts of many people. Fawad Khan is the biggest name in the Pakistan Film Industry who has not only gained a name for himself but also for our beloved country, Pakistan. The megastar will be seen in an avatar like never before.
The ensemble cast will also include Sanam Saeed, Zara Noor Abbas, Jawed Shaikh, Navid Shehzad, Nayyar Ejaz, Naeem Tahir, Aly Khan among many others.
Haseeb Hasan has many projects that are famous worldwide, one of which is “Parwaaz Hai Junoon”. A 2018 war-combat film that hit cinemas worldwide and won the hearts of millions. The film made the highest gross of 40+ crore at the worldwide box office and is set to be the first ever Pakistani film that will be released in China.
The new project, ‘AAN’ will be no exception. The script has been penned down by Umera Ahmed who has helped in turning this little dream into a big reality, with her exceptional writing skills. Some of her famous projects, amongt many others are, Zindagi Gulzaar Hai, Laal, Shehr-e-Zaat and Meri Zaat Zarra Benishan. “AAN” will also be featuring some of the best and intense dialogues that will leave your heart throbbing.
‘AAN’ is the epitome of naval warriors that packs romance and drama between the main actors. It also has a combat and touch of humor that makes it a complete package for the best cinematic experience. The film is set to start shoot in April with pre-set release date at the end of 2020.