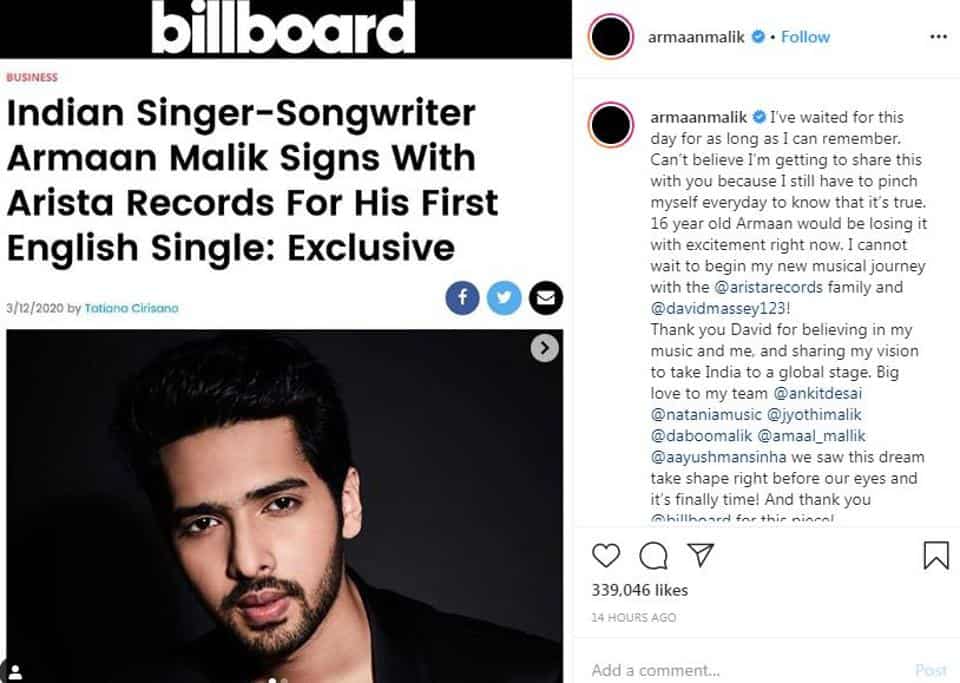 Armaan Malik is all set for his first English single.

Days after leaving his fans puzzled by deleting all his posts and sharing three cryptic posts, singer-songwriter Armaan Malik on Thursday announced his first English single in collaboration with New York-based Arista Records.Malik signed with the recording label for his English single — Control. The Bol Do Na Zara singer shared a screenshot of a Billboard article about his collaboration with Arista Records on social media. “I’ve waited for this day for as long as I can remember. 16-year-old Armaan would be losing it with excitement right now. Can’t wait to begin my new musical journey with the @AristaRecords family and @DavidMassey123! Thank you for this @billboard,” Malik tweeted.

“He is an international superstar, and we look forward to introducing him to the US and broadening his fan base here,” Billboard quoted Arista president and CEO David Massey as saying.

According to Billboard, the new English single of the singer will be released on March 20.