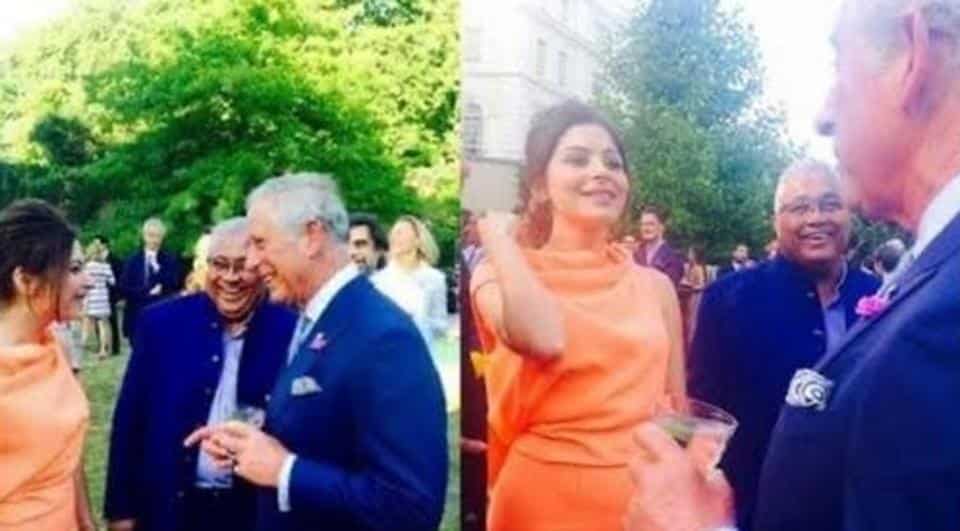 Kanika Kapoor with Prince Charles at an event.

Singer Kanika Kapoor has been undergoing treatment for the coronavirus in Lucknow and was once again the target of trolls after Prince Charles tested positive for the virus on Wednesday. Soon after, a picture of them together at an event went viral as trolls blamed the singer for passing on the virus to the prince. However, this isn’t true as the picture, according to a Deccan Chronicle report, is from the royal event held in 2015.

One of the viral pictures of Kanika, in an orange dress, chatting with Prince Charles, is from an event – the Elephant Family charity ‘Travels to my Elephants’ — hosted by Prince Charles and Camilla, Duchess of Cornwall, in 2015. However, trolls went on to criticise Kanika. While it takes 14 days for the symptoms to show, it’s impossible the singer must have infected him several years ago, much before the coronavirus came into existence.

Kanika had tested positive for the novel coronavirus post her return from the United Kingdom. She was in the eye of the storm when she went on to attend parties instead of staying in self-quarantine. She is currently admitted at Sanjay Gandhi Postgraduate Institute of Medical Sciences in Lucknow where she tested positive for Covid 19 for the third time.

11 of the 56 people who had come in close contact with Kanika at a party in Kanpur days before the Bollywood singer tested positive for the novel coronavirus were found to be not infected by the virus, a senior official said. Kanpur District Magistrate Brahma Deo Ram Tiwari said the 56 people had attended a “house warming party” hosted by her maternal uncle Vipul Tandon on March 13.

Kanika was also invited to the Buckingham Palace in London to perform for the royal couple in 2018. Talking about the experience, Kanika had told Hindustan Times, “It was a huge honour to meet Prince Charles. This was the third time I met him, but performing in front of him was a first. I am really glad the opportunity came my way, and it was amazing to be hosted by him.”

She had added, “The performance was very good, and everyone loved it. His Royal Highness and the Duchess wanted to understand the meaning of the song Kabhi Kabhie (the title song of the 1976 film of the same name), as it was dedicated to them! I met them again after the performance, and they had a conversation with me about all the songs I sang, a bit about them. They really enjoyed it.”