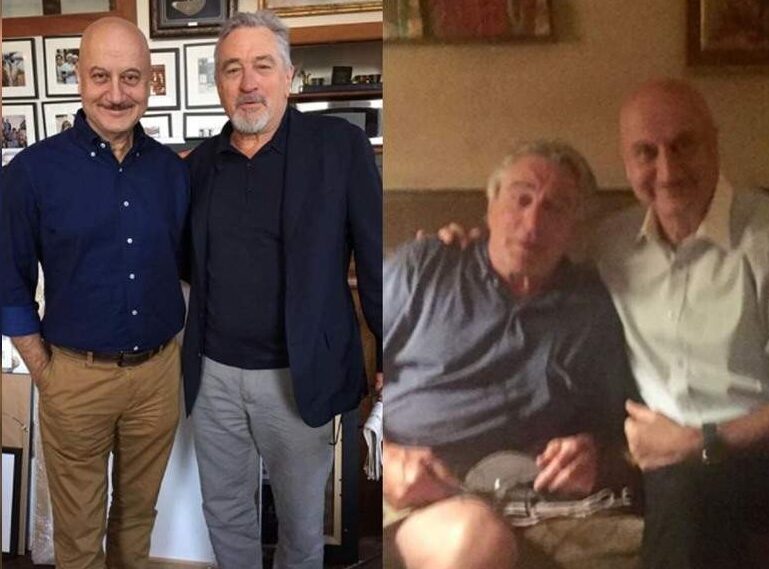 Anupam Kher is quite active on social media and loves to keep fans updated about his day-to-day activities through regular posts. Now, he took to Instagram to share pictures and videos with Hollywood star Robert De Niro to wish him on his birthday.
The ‘Saaransh’ actor added a long caption along with the post. He wrote, “Happy Birthday to my friend and world’s #BestActor #RobertDeNiro. May God give him all the happiness and peace in the world. It was such an honour and a privilege to be part of his birthday celebrations two years back in New York. Jai Ho! 🙏😍🌺 #Legend #Actor #Bestest #Martinscorsese #Friend”
Check out the post here:
For the unversed, Anupam and De Niro shared screen space in David O. Russell’s ‘Silver Linings Playbook’ which also starred Bradley Cooper and Jennifer Lawerence in the lead.
Meanwhile, on the work front, the veteran actor was last seen in the film titled ‘One Day: Justice Delivered’ co-starring Esha Gupta. He played the role of a retired judge in the film while Esha essayed the role of a cop. The film was released in July 2019.