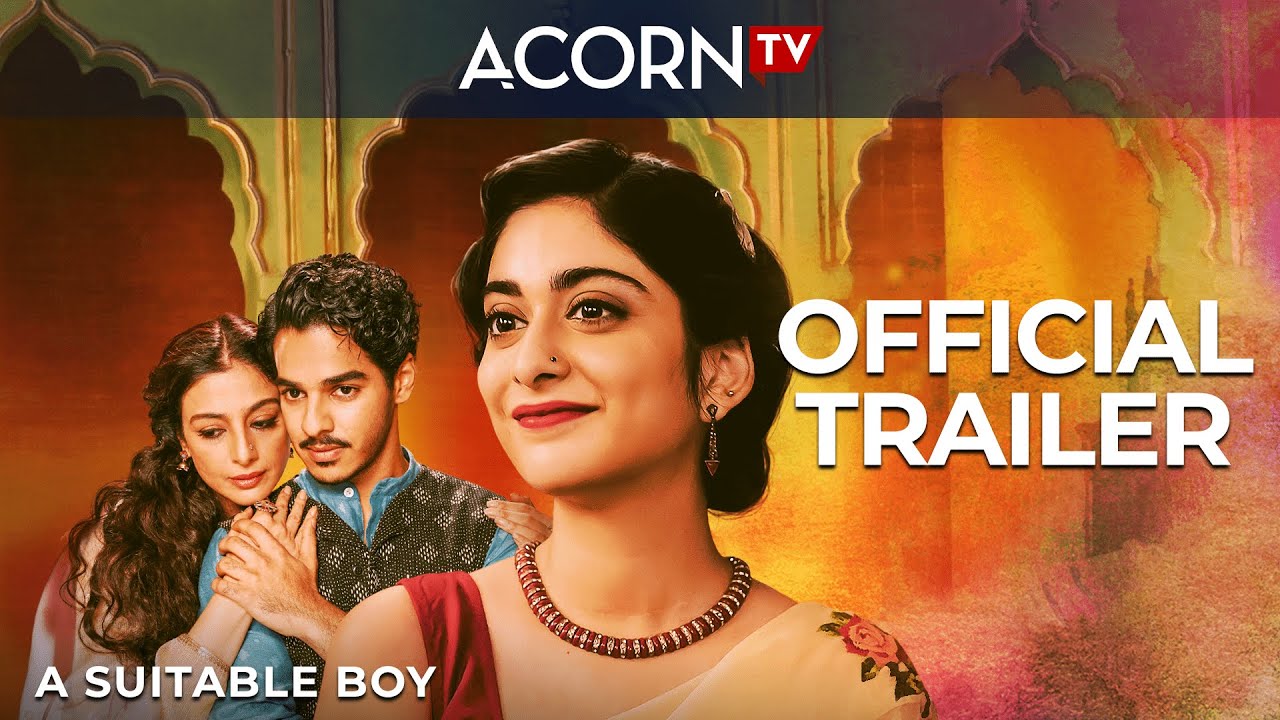 The thrilling new North American trailer has just debuted for the “groundbreaking” (Guardian) BBC period drama miniseries hit, A SUITABLE BOY, which will premiere exclusively in the U.S. and Canada starting December 7th on the streaming service Acorn TV.

As the first TV series directed by Academy Award-nominated film director Mira Nair (Monsoon Wedding, Mississippi Masala, The Namesake) and adapted by two-time Emmy winning screenwriter and executive producer Andrew Davies (Pride And Prejudice, War And Peace, House of Cards), BBC One’s cinematic, highly-watched limited series, A SUITABLE BOY, is the first screen adaptation of the global bestseller A Suitable Boy by Vikram Seth – one of the longest novels in the English language at 1,349 pages.

Reminiscent of classic and acclaimed BBC and Masterpiece period dramas, A SUITABLE BOY is an epic tale of life and love set in vibrant 1950s India, telling the story of a spirited university student who comes of age in North India in 1951, at the same time as the country is carving out its own identity as an independent nation and is about to go to the polls for its first democratic general election. This sweeping drama features BBC’s first-ever all-Indian lead cast, including the subcontinent’s screen icon Tabu (The Namesake, Life of Pi), Bollywood leading man Ishaan Khatter (Beyond the Clouds) and rising star Tanya Maniktala as lead character Lata Mehra. It has been called “gorgeous” (Telegraph), and “zesty” (The Times) with a “spellbinding screenplay” (GQ India) and premiered on BBC One in July 2020. This lavish, ambitious production will make its debut in the U.S. and Canada streaming on Acorn TV on Monday, Dec. 7, 2020 (with new episodes through Jan. 4, 2021). Learn more at http://signup.acorn.tv.

Shot entirely in stunning locations in northern India, including Lucknow and Maheshwar, A Suitable Boy was recently the first ever television series to close the Toronto International Film Festival and was part of AFI Fest’s prestigious “Special Presentations.”