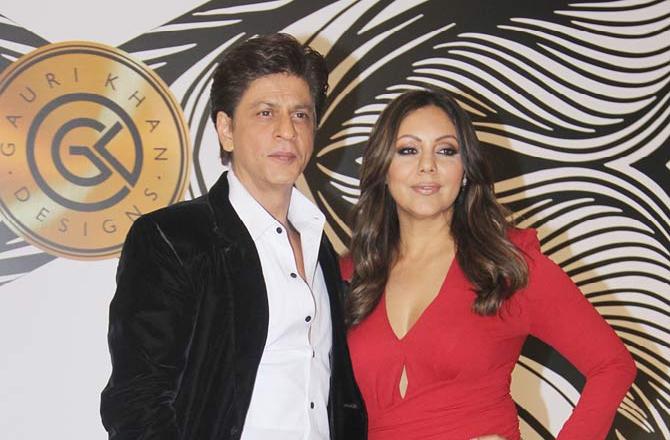 Shah Rukh Khan has been displaying his wit and humour both in his interviews and social media posts for a long time. And the actor was at his candid best again. What happened was that his wife Gauri Khan recently won an award by the Architectural Digest and shared a post on the same.

This is what she had to write on her Twitter account- “I am thrilled to be a part of the AD100 list, and to receive this trophy! Thank you @ArchDigestIndia.” [SIC]

I am thrilled to be a part of the AD100 list, and to receive this trophy! Thank you @ArchDigestIndia #AD100 #ADIndia #gaurikhandesigns #gkd pic.twitter.com/Xi3s8lG0kQ

And this was Khan’s amusing and hilarious reaction that was too fantastic to be missed, here it is:

Recently, Gauri Khan provided a glimpse of what Mannat’s terrace looks like. The interior designer revealed that during the lockdown, she gave it a ‘refreshing and beautiful’ makeover with a new ceiling and walls. Sharing pictures of the refurbished space, Gauri wrote, “Love moments like these. Enjoying the weather with a cup of coffee under my favourite new ceiling.”

She further added, “During this lockdown, I gave my terrace a refreshing and beautiful makeover with Vox ceilings & walls @vox.india.interior. These products, help cease surfaces from being part of the background and integrates them with your lifestyle.”

The couple’s love story seems to be straight out of a Hindi film romance. The two tied the knot in 1991, a year before Khan began his acting career. He went on to become a global phenomenon with an incredibly contagious demeanour, but the success didn’t come easy.

In an interview with NDTV, Gauri spoke about his journey from ebb to stardom, how they experienced and witnessed ups and downs, and also spending time with him during the lockdown. Talking about his stardom, she said, “Frankly I did not realise even after his films released, even after he gave those blockbusters. Took a long, long time for it to sink in that he has arrived.”

She added, “And it was very organic, gradual. It wasn’t like I woke up one fine day in this place and said ‘Wow, he has arrived’. It wasn’t like that. It was his struggle…we went through ups and downs. He has accomplished so much and done so well for himself.. all of us are enjoying his hard work today.”