Shah Rukh Khan’s last film Zero released around two years ago and the superstar was on a self-imposed sabbatical till he signed Siddharth Anand’s Pathan which will also be his comeback venture into movies. The YRF backed film is a huge budget action espionage thriller that also has Deepika Padukone and John Abraham. While SRK and DP play special agents, John essays the role of the prime antagonist. 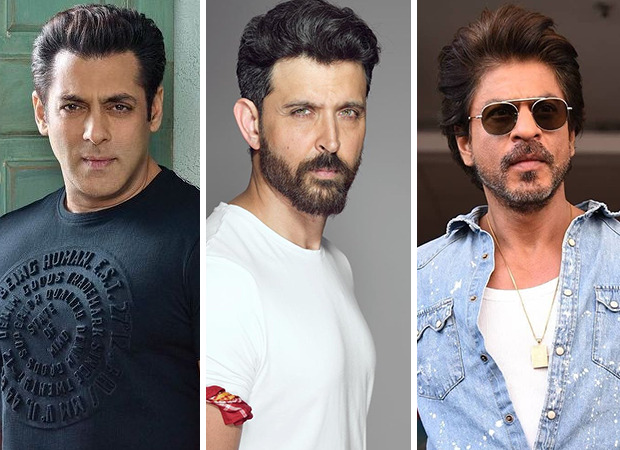 Recently, there were murmurs in the industry that Salman Khan also will be part of the project. Speculations were rife that the Dabangg Khan will make a special appearance as his character Tiger from another YRF backed spy franchise. But now, an insider has let in on more details. “Not just Salman, with Pathan, Aditya Chopra wants to unveil the entire special agent universe he’s trying to create. Siddharth Anand who directed WAR last year has also requested Hrithik Roshan to step in as Kabir for Pathan. If all goes well, we will see not only two but three Bollywood superstars together in Pathan and this will mark the first union in the entire universe. Going ahead, the three actors SRK, Salman and Hrithik will be seen making appearances in each other’s franchises and thereby culminating in a big finale as well. The idea is to create an Avengers set up with spies.”

While the idea has been bounced to Hrithik, he is yet to give his nod. “Siddharth had planned this with Adi and felt this could be the starting point of the big universe they have envisioned. Hrithik is deciding on it and will most likely do it as well.” After Pathan, Adi will return with Salman Khan for Tiger 3 and Hrithik Roshan again for WAR 2.