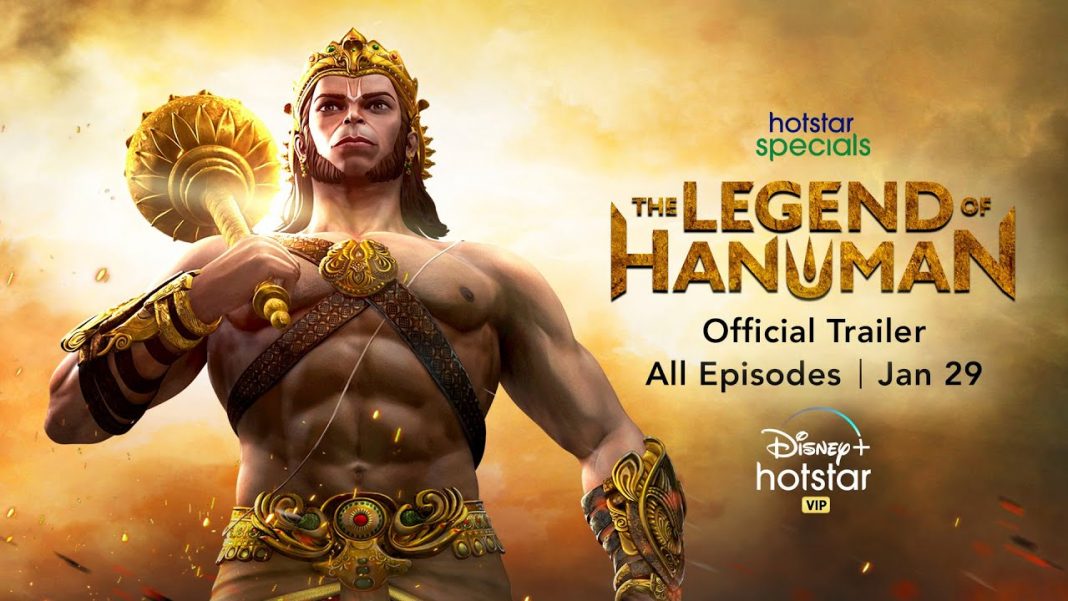 The retelling of myths any day tickles our nostalgia, and for us who have grown up on these stories, it means a better part of our beings. The Legend of Hanuman starts off with a disclaimer stating that even though it is inspired by Saint Valmiki’s Ramayan it has been created for entertainment purposes to avoid any controversies that may emerge to not offend people. The liberties they have taken to make it more creative and entertaining actually keeps the series enjoyable. This is a given since they can do that with an animation when compared to a live series which is a big plus since these extra bits of creativity help in keeping you entertained and you will definitely learn a lot while watching this series.

Yes, the story revolves around the same characters that we have heard of. Everyone from Ram to Laxman to Jatayu or even Nal-Neel. But the creators in Legend Of Hanuman give them the humanness that we have missed associating them with so long. The prime key in this Hotstar special is humanising the Gods and explaining their uniqueness amid the normal. There is also a refreshing twist in their looks here. The animation tries to touch the real world as much as it can when it comes to creating the bodies of the character.

The series teaches you the mythical stories that we have all heard over time and is a good way to get your little one to start learning about these stories. The way the series tries to explain long stories or the concepts with creativity is very eye catching. The colour scheme and visuals used in the web series are bright and very pleasant but when it comes to animation it could have been improved a bit since our younger audience is used to watching life like animation and have been spoiled by the crazy animations in the latest Disney or Pixar movies and when they compare it to the animations in The Legend Of Hanuman, they will be left a bit disappointed. The dialogues could have been simplified but as it stands, you may need to explain the story and the dialogues to your kids as they watch with you. The series is rated for 14 years old or up.

The story told is beautiful, vibrant and attention-grabbing. Watch Legend Of Hanuman with the realisation that it is made for entertainment purpose only. It is for children and the child-adult in you, let’s watch it with that mindset. That doesn’t mean that watching this 13 part series will not keep you wanting to watch more so don’t worry this is not a complete story and there will definitely be a second season to complete the story of Hanuman, there has to be since so much is left untold.