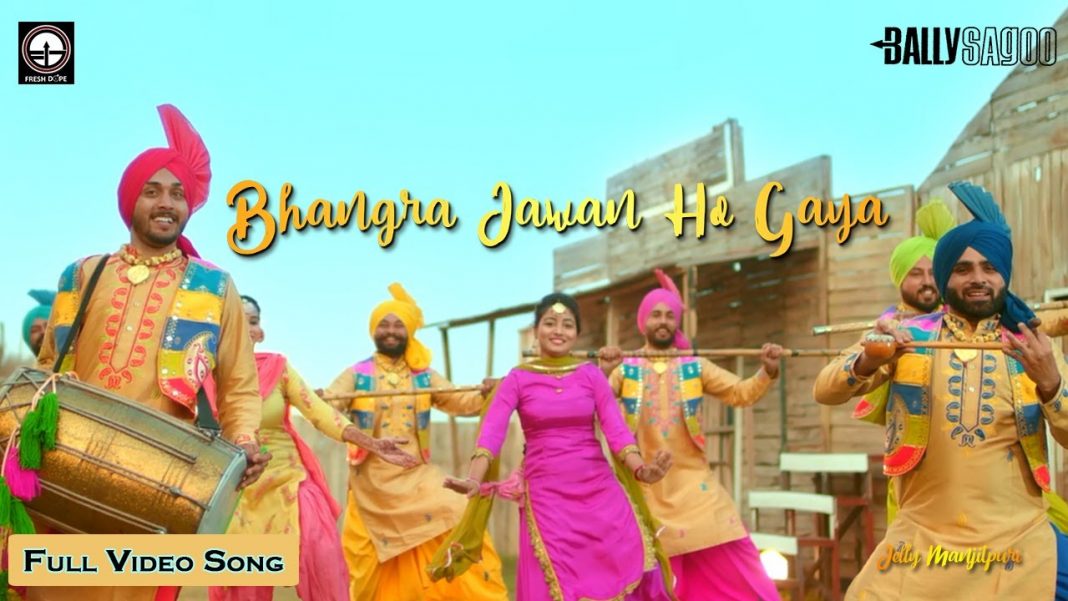 Following the huge success of the ‘Kinna Chauna’ and the accompanying hip-hop remix which is currently making its way around the globe, Bally Sagoo announces the release of the 2nd single from his forthcoming album.

‘Bhangra Jawan Ho Gaya’ is a hardcore Punjabi tune for Bhangra lovers worldwide and once again, is delivered in a typical Sagoo signature fashion – fusing the classic sound of the 90s with a hint of modernity!

In 2005, Bally created the global hit ‘Whiskey Di Botal Wargi’ as part of the soundtrack to his movie Sajna Ve Sajna in which he also made his acting debut! The song featured the vocals of Jelly Manjitpuri who, after many years, teamed up again with the super producer and penned the lyrics to Bhangra Jawan Ho Gaya, especially for Bally.

Jelly Manjitpuri is a renowned tumbi player from the Punjab and his masterful use of the instrument, as well as his awesome voice, elevate the track to great and exciting levels.

The accompanying video was shot in Punjab. It’s colourful, it’s vibrant and it captures perfectly the energy and passion that is Bhangra!

Bally says of the song: “Bhangra Jawan Ho Gaya is straight from Star Crazy 2 times. It’s got that classic Bhangra sound which fits in perfectly with wedding parties and various celebrations and of course, Bhangra dance floors!”

Bally Sagoo became synonymous with remixing hit songs during the ’90s. The genius behind some of the most talked-about albums of our times.

Wham Bam, Star Crazy, Essential Ragga, Magic Touch and Bollywood Flashback are amongst some of the hits that travelled across the world making him a global superstar.

The new album is out very soon. Expect a twist of new and old skool sounds!