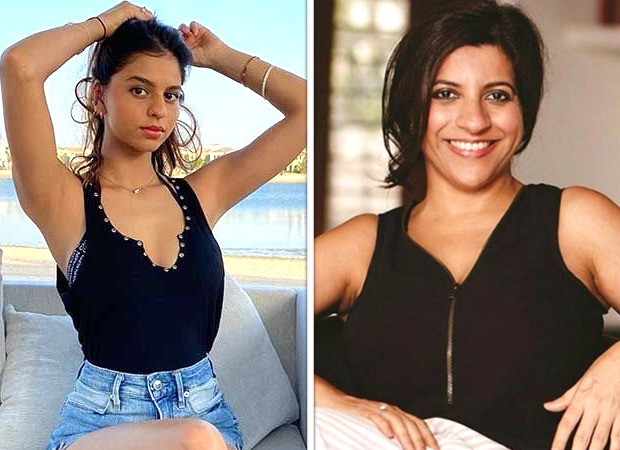 Superstar Shah Rukh Khan had spilled the beans on his children’s ambition in the near future and had said that Suhana wishes to be an actress while Aryan aims to be a filmmaker. According to the reports, Suhana Khan is soon going to make her Bollywood debut and has started the preparation for the same. It is speculated that popular director Zoya Akhtar is gearing up to give a dream launch to Shah Rukh Khan’s daughter Suhana Khan. Zoya has shown interest in directing Suhana for the big screens.

According to the speculations, the Zindagi Na Milegi Dobara director is busy working on developing an Indian version of an International comic book on Archie to release it on the giant OTT platform Netflix. It is said to be a teenage rom-com and the director is working on finalizing the other cast. As the casting is still in the process, Suhana has been shortlisted to play one of the crucial roles in the movie. Suhana is not new in the acting business and has been a part of the Romeo and Juliet play in London, but Archie would be her first Bollywood film. The signing and paperwork are yet to be done and will be processed after Suhana and Shah Rukh Khan’s approval.

Archie will tell the tale of a group of friends hanging out together and creating memories. The Indian adaptation will also have the characters like Reggie, Jughead, Betty, Veronica, Moose, Midge, Dilton, Big Ethel, Mr. Lodge, Miss Grundy, Pop Tate, Mr. Weatherbee, Smithers, Stevens, etc of a Riverdale High School. There is also a strong buzz about Zoya launching two more star kids in this spectacular venture.

Budding actress Suhana also acted in a short film titled ‘The Grey Part of Blue’ and won praises and applause across all social media for her charming aura. The 10-minute short film was directed by Theodore Gimeno also having Robin Gonella in a pivotal role.