Mika Singh will bring the house down with his inimitable flair for masti as he steps in for Farah Khan on Zee Comedy Show for two weeks starting from next Saturday, 11th September. 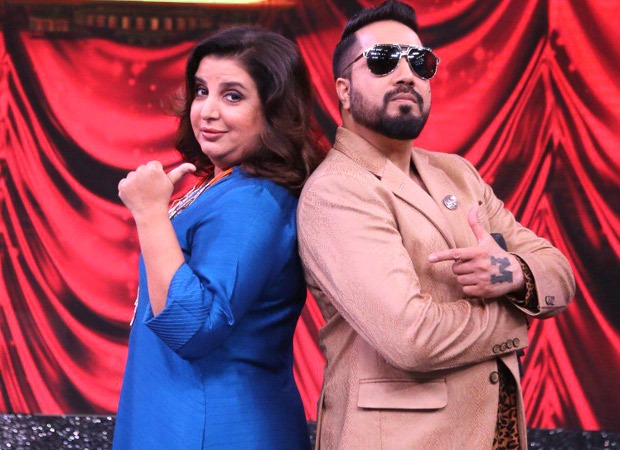 Even as the pandemic continues to cast its shadow of stress, Zee TV is attempting to lighten up the country’s collective mood by offering its viewers an escape from all the stress via the route of rib-tickling comedy through its reality show, Zee Comedy Show. The show has been successful in helping every Indian family unwind on their couch with some of India’s top comedians making them LOL their stress away. The hilarious acts put up by all the comedians coupled with the witty reactions of our Laughing Buddha Farah Khan continue to leave everyone in splits. However, in an unfortunate turn of events, even after being double vaccinated and taking absolute precautions, Farah Khan has tested positive for COVID-19. While the filmmaker is self-isolating and recuperating at home, her friend Mika Singh has stepped in for Farah on Zee Comedy Show. He will be seen stepping in for her for two weeks starting from next weekend, which is the 11th of September.

The ace singer shot for two episodes with Raveena Tandon and Mallika Sherawat as well this week, but he was missing Farah beside him during the shoot. As Mika Singh revealed, “It is unfortunate that Farah tested positive despite being double vaccinated and it clearly proves that you cannot predict anything in the current scenario. I have spoken to her, and it is great to know that she is doing fine, and I really hope she gets well soon. Last time around, I shot for Zee Comedy Show as a special guest, and I really had a gala time with Farah, so I do miss her beside me. But as you know, the show must go on and with an aim to spread cheer and joy amongst the audience in this gloomy time, we have shot for two episodes of Zee Comedy Show with Raveena Tandon and Mallika Sherawat. All the comedians made us laugh out loud and I hope everyone enjoys my presence on the show for two weeks. I will entertain everyone with my music and my witty comments, and I hope they shower the same amount of love on me too.”