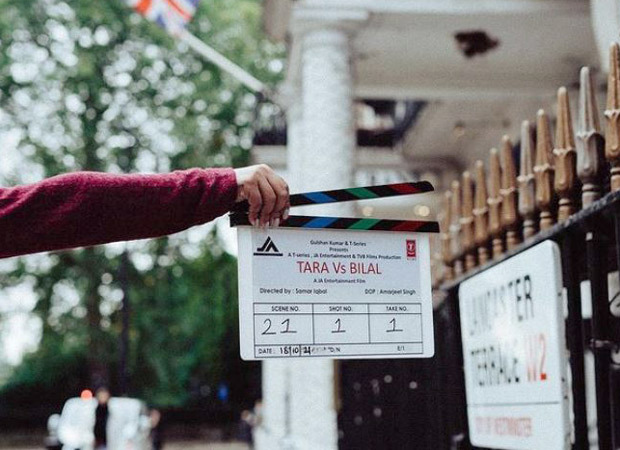 John Abraham has kick-started the shoot of his next home production titled Tara Vs Bilal. The film stars Harshvardhan Rane and Sonia Rathee in the lead.

John Abraham took to his social media handle to announce that the film has gone on floors. He shared a picture of a clapboard from the shoot location of the film. The makers are shooting outside a hotel with a UK flag waving in the front of the hotel, hinting that the shoot has kick-started in the UK.

The film is directed by Samar Iqbal and is a beautiful slice-of-life relevant film. Earlier this year it was revealed that Angira Dhar was roped in the film and that the film was supposed to go on floors in May. However, the film got delayed because of the pandemic and Angira Dhar seems to have dropped out of the project. Sonia Rathee will now be seen as the female lead.

John Abraham has produced films like Vicky Donor, Madras Cafe, Parmanu: The Story of Pokhran among others under his banner JA Entertainment.