It has been nearly a month now since Shah Rukh Khan’s son Aryan Khan and other accused were brought into custody by the Narcotics Control Bureau post a raid on a cruise ship where they procured small quantity drugs. While Aryan Khan was not found in possession of drugs, he has been constantly denied bail on the grounds of alleged incriminating evidence found on his Whatsapp chats. Aryan and Arbaaz Merchant’s bail pleas hearing was heard by Justice Sambre at the Bombay High Court on Tuesday. Khan was represented by former Attorney General of India Mukul Rohatgi. Advocate Satish Maneshinde had appeared for Aryan Khan before the Magistrate court. He was joined by Senior Counsel Amit Desai as the latter was the lead counsel before the Sessions Court. However, the hearing was concluded after Rohatgi’s argument as it was court closing time ad the judge ordered to continue the hearing today. 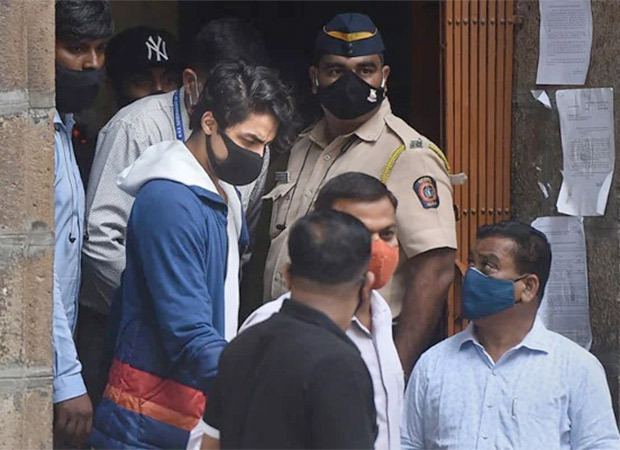 Mukul Rohatgi on Tuesday argued on the basis that there was no occasion to arrest his client since there was no recovery, no consumption, or no medical test done as far as Aryan Khan is concerned. Referring to the Whatsapp chats that have been presented as evidence in court, Rohatgi argued, “None of those chats have anything to do with the onset of this saga or…conspiracy if you want to call it that. The chats will have to be tested at the time of trial. But to use a general phrase of conspiracy, there is nothing.”

Advocate Amit Desai had started his arguement for Arbaaz Merchant on Thursday when the Judge took forward the hearing for Wednesday.

On Wednesday, the court took up Aryan Khan’s bail hearing at around 4 pm. The hearing continued with Adv Amit Desai talking about Aryan Khan and Arbaaz Merchant. He pointed out that Section 28 and 29 were not added on the day of their arrest on October 3. “Even those who apprehended them, treated them as coming there individually. Punishment for which is one year,” he argued.

“First remand application does not talk about conspiracy. So the court, at the time of the first remand, was misled into believing that they were also charged under Sections 28 and 29 of the NDPS Act,” Desai said. He said that the panchnama “demolishes the case of conspiracy”.

Desai also pointed out the bail granted to two guests who were taken into custody from the same cruise. He said that the replies filed to their bail pleas were similar to that of Aryan and Arbaaz. He also told the judge that 2.4 gms of ganja was recovered from one of these guests.

Forty-five minutes into the hearing, the judge reminds Desai of the time and says that he will take the matter tomorrow. Desai asks for time to quickly conclude his argument. Desai points out how according to them 6 gms were recovered from Arbaaz and 5 gms from Munmun. Despite this, the remand application mentions 21 gms of charas.

Talking about the Whatsapp chats, Desai said that there are no chats that connect conspiracy to the rave party. He also pointed out media getting access to chats before it is even in court records. “The fundamental thing is if all these(chats) are going to be treated as confessions, then such type of evidence has already been discarded by Justice Dere in a judgement,” he argued. Desai questioned the need for custody when the maximum punishment is one year.

After Desai concludes his argument, Mukul Rohatgi makes submissions for Aryan Khan. Rohatgi quickly argues that the remand application is misleading and bail may be granted.

Adv Ali Kashif Khan argues for the third accused Munmun Dhamecha. He said that nothing was recovered from his client and that Munmun is young woman with no connection with the other accused. Arguing about the conspiracy angle, Khan said that Section 29 has been misused not just against his client but others as well, by joining small quantity people with those from whom intermediary and commercial quantities were recovered.

The Judge stops hearing for the day and will continue with the matter on Thursday.