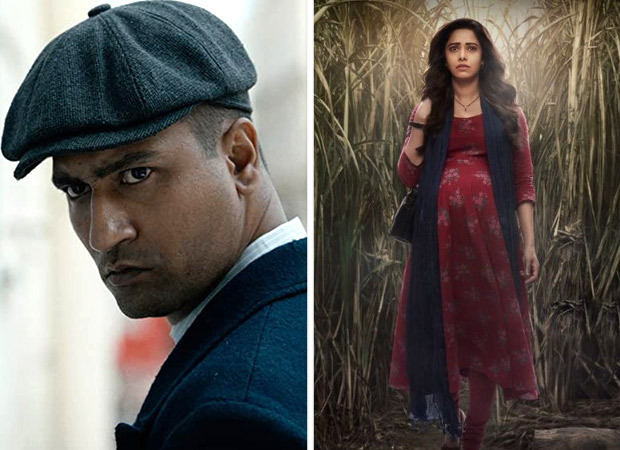 Amazon Prime Video today unveiled its line-up for the prestigious 52nd International Film Festival of India, to be held in Goa from 20th November 2021. This includes the world premiere of Amazon Original Movie – Chhorii, multiple masterclasses, and interactive panels with the country’s creative stalwarts. The collaboration is a testament to IFFI and Prime Video’s common goal of promoting excellence in cinematic art and appreciation of the role diverse cultures play in creating path-breaking entertainment content.

Recognized as one of Asia’s oldest and India’s biggest international film festivals, IFFI, for the very first time in its five-decade-plus journey, is inviting video streaming services to the festival. This inclusion is reflective of the remarkable growth of the video streaming segment, its increasing role in fulfilling consumers’ entertainment needs, and fuelling the overall growth of the creative economy. As Prime Video closes in on half a decade of entertaining India, it has become the chosen home of some of the best stories and storytellers, across languages. Over the last few years, Amazon Prime Video has played a key role in taking local language stories wider and deeper, with its reach and viewership from over 99% of the country’s pin codes. This has helped remove linguistic and geographical boundaries for content and creators. Amazon Prime Video, with its international reach of over 240 countries and territories, has also played a pivotal part in taking local, authentic, stories from the best Indian talent on to a global stage.

Amazon Prime Video’s association with IFFI will extend to the exclusive world premiere of Amazon Original horror movie Chhorii at the film festival, two special Masterclasses led by the creators and cast of Amazon Original Series The Family Man as well as Amazon Original Movie Sardar Udham and a curated showcase of Satyajit Ray’s evergreen films on Prime Video homepage between 20th and 28th November to commemorate the renowned filmmaker’s birth centenary.

“Over the last 5 years, at Amazon Prime Video, we have actively worked towards taking local stories, from different corners of India, to viewers across the country and to the world,” said Gaurav Gandhi, Country Head, Amazon Prime Video, India. “Besides bringing cultures and people together through the power of entertainment, this has also allowed us to discover new, prolific storytellers and talent, and contribute meaningfully to India’s vibrant creative economy. We are honoured to be a part of IFFI, an event that celebrates the diversity and rich cinematic heritage of India, and brings the entertainment community, content creators and talent together. We will continue to contribute actively to the entertainment ecosystem of India by promoting local narratives that are deeply rooted in Indian culture, while delivering an immersive entertainment experience to viewers”

Celebrating the life and works of legendary filmmaker Satyajit Ray, Amazon Prime Video will be curating a special segment on his movies on the service. This will include 11 of his iconic films – Abhijan, Aparajito, Ashani Sanket, Chiriakhana, Hirak Rajar Deshe, Pather Panchali, Seemabaddha, Sonar Kella, Shatranj Ke Khilari, Charulata and Jalsaghar. This is in addition to ‘Satyajit Ray Through His Films’, a documentary presented by Soumitra Chatterjee that will give Prime members a chance to deep-dive into the world of a true visionary, a highly versatile and talented motion-picture director, writer, and illustrator, who redefined Indian cinema with his diverse gamut of work, ranging from feature films, shorts, to documentaries.

November 21: Masterclass with The Family Man team on what goes into Creating Cult Icons.

The session will focus on the secret ingredients that go in creating a cult character such as Srikant Tiwari, who comes to life in The Family Man, a gripping tale about a world-class spy who is also a simple middle-class man struggling to achieve work-life harmony. The Masterclass will be conducted by the creators and cast of this most-watched Original: Raj & D.K., Aparna Purohit, Head India Originals at Amazon Prime Video, Samantha Ruth Prabhu and Manoj Bajpayee (virtually). The hour-long Masterclass will discuss the power of authentic storytelling through real-life incidents, humour, multi-layered and well-developed characters that set the stage for Srikant Tiwari to become a cult icon. This session will offer key insights and conceptual frameworks that budding talent can use as reference points as they develop and build out their own hits.

What goes into making a period drama? Where does the magic come from that engages our mind and captures our hearts? The Masterclass by Shoojit Sircar and Ronnie Lahiri will uncover what goes into creating a cinematic success through their journey of making the film.

Chhorii, an Amazon Original Movie, is a haunting story of a young couple based in the heartlands of India. The couple seeks refuge in a house hidden inside a sugarcane field, however, secrets of the past soon start unraveling and the protagonist’s quest to find the answers to all the questions takes us on a journey that’s got horror, thrills, and chills, all in equal proportions. Directed by Vishal Furia and produced by T-Series, Abundantia Entertainment, and Crypt TV, the film stars Nushrratt Bharuccha alongside Mita Vashisht, Rajesh Jais, Saurabh Goyal, Pallavi Ajay and Yaaneea Bharadwaj. The special screening will be preceded by an interactive session with the makers and cast of the movie.