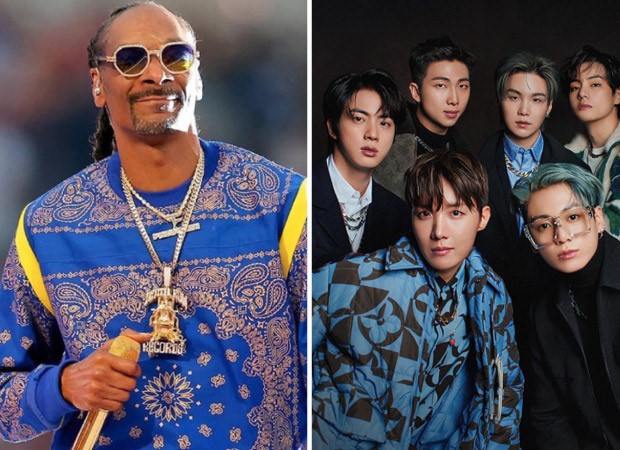 American rapper Snoop Dogg will officially collaborate with South Korean juggernaut BTS on an upcoming project. During the American Song Contest red carpet, Snoop Dogg revealed that collaboration is indeed in the works.

During a talk with The A.V. Club, he confirmed that he would be collaborating with BTS on new music but that he was waiting for BTS to reveal the details to the public. “The BTS experience you keep talking about. I’m going to let them tell you about it. It’s official, like a referee with a whistle.”

“I love that entertainment world,” he added emphasizing on his love for K-Pop. “It’s good music. It’s [a] vibe. I make good music. They make good music. And we end up doing this. This is what it’s always about, bringing our worlds together.”

Earlier in January, Snoop Dogg revealed that BTS had contacted him about a potential collaboration. “I got a group named BTS that’s waiting on me to do a song with them right now. And I’m trying to figure out if I got time to do that,” said the rapper in an interview with the Mogul Talk podcast.

The 50-year-old global rapper has previously collaborated with various Korean artists including Girls’ Generation, 2NE1, PSY, and MONSTA X while musical sensation BTS has also collaborated with a number of solo artists from Hollywood including Steve Aoki, The Chainsmokers, Nicki Minaj, Halsey, Lauv, Coldplay, Megan Thee Stallion among others.