The Delhi chief minister Arvind Kejriwal has been castigated by Anupam Kher for his ‘crude, insensitive’ remarks on the latest released The Kashmir Files. Anupam alleged in a new interview that CM Kejriwal was attempting to perform a stand-up comedian’s job in the Delhi Assembly. Anupam Kher criticized his The Kashmir Files remark, claiming that even an uneducated person would not speak in this manner. 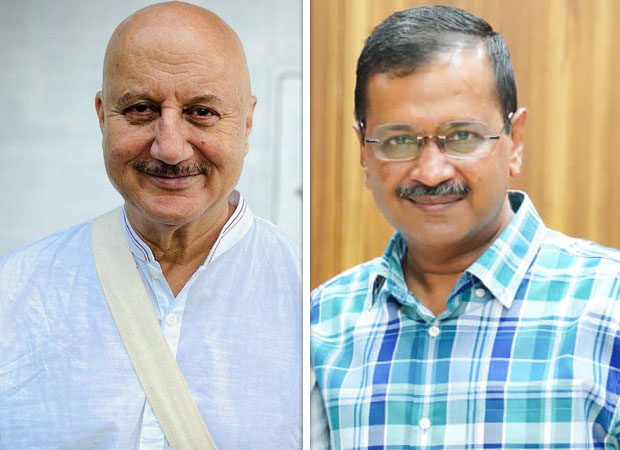 The CM had said in the assembly, “They (BJP) are demanding that the movie be declared tax-free in Delhi. Upload it on YouTube, the movie will become free and everyone will be able to watch it. Some people are earning crores in the name of Kashmiri Pandits and you (BJP) have been sticking posters of the film.”

Anupam told Times Now that after Kejriwal’s statement; he believes that every true Indian should go see this film in the theatre. Only by collecting more money and interacting with more Kashmiris can one provide a powerful answer to his insensitivity. He was harsh, insensitive, and uninterested with the tens of thousands of Kashmir Hindus who had been forced out of their homes, women raped, and people slaughtered. It was blatant laughter from the individuals behind him. That was also going on in the state assembly. He should have just said so if he wanted to have a political disagreement with the Prime Minister or the BJP.

But to bring in The Kashmir Files, which the netizens accept, feel bad about, and say, “We didn’t know this happened to us,” and then claim that it’s a propaganda film or a fabrication, he thinks it’s shameful.

The CM has not seen the film, Anupam added. It’s not that he hasn’t proclaimed films tax-free.  He recently did the same for 83. He is confident that a good film should be made. But this movie is more than just tax-free; it’s a movement. It is inappropriate for a chief minister to smear salt on the wounds of people who have been suffering for 32 years. He was performing for the audience, attempting to imitate the act of a stand-up comedian. He should not be portrayed as a caricature; he is a real person, an educated individual, and an IRS officer.

The Kashmir Files, which is directed by Vivek Agnihotri, was broadcasted in cinemas on March 11th. Anupam Kher, Mithun Chakraborty, Pallavi Joshi, Darshan Kumaar, and other actors are featured in the film.