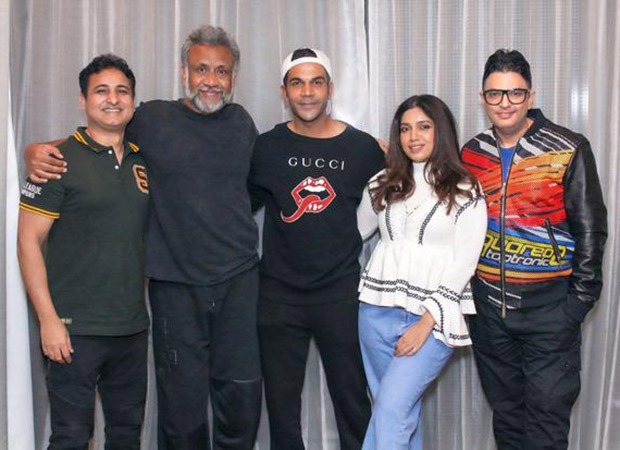 Rajkummar Rao and Bhumi Pednekar are all set to be seen on screen together in the upcoming film Bheed directed by Anubhav Sinha. The two were last seen together in the film Badhaai Do which was released in theatres earlier this year. The duo will next be seen on the big screen on November 18. Sinha’s Bheed which had=s wrapped its shoot will hit the big screen on November 18.

Billed as a social drama, Bheed is jointly produced by Sinha and Bhushan Kumar, who formerly supported the filmmaker’s Thappad.

Talking about the film, Sinha had earlier said, “Bheed is one of those titles that the whole team jumps at the moment you propose it. To me, casting was crucial. Raj is a very intriguing actor. He is one of the very few actors who can be so successfully transparent in a story. There always was a keen desire to work with him and I am looking forward to it. I am honoured to have a solid collaborator like Bhushan on my side who is such a strong pillar and a sturdy sounding board.”

Meanwhile, Rajkummar Rao is currently shooting for Mr. and Mrs. Mahi with Janhvi Kapoor. He will also be seen in the film HIT alongside Sanya Malhotra and the Netflix web series Guns and Gulaabs starring Dulquer Salmaan and Adarsh Gourav. Bhumi, on the other hand, has Raksha Bandhan and The Lady Killer in the pipeline.