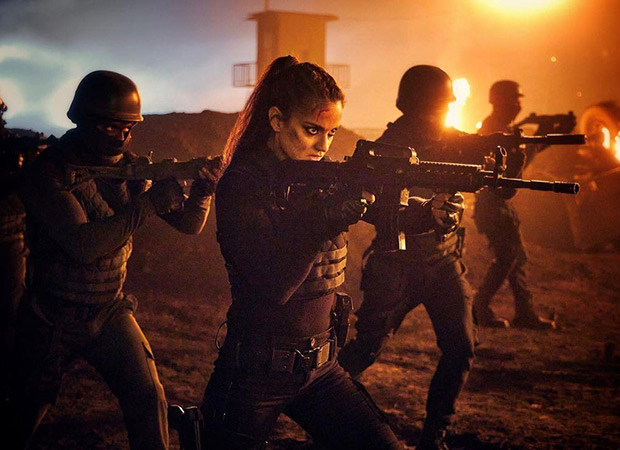 Kangana Ranaut is currently gearing up for the release of her film Dhaakad. The actress will be seen in an out and out action avatar as she plays the role of Agent Agni in the film. The film directed by Razneesh Ghai also stars Arjun Rampal and Divya Dutta. The trailer hinted at massive action sequences featuring a female protagonist, a rarity in Bollywood. Now, three days before its release,Dhaakad has been cleared by the Central Board of Film Certification.

On Tuesday, Dhaakad received an A certificate from the Censor board. The film has a total runtime of 131 minutes and 34 seconds (2 hours, 11 minutes, 34 seconds). In the film, Kangana will be seen in multiple avatars as she goes about busting a major racket and kicking up a storm. The actress has learned a number of martial art forms and combat techniques, including hand-to-hand combat to play Agent Agni with panache and elan. Arjun Rampal plays the antagonist and his villainous turn is unlike any other and he has ensured that his look is on point. The actor also trained hard for the action sequences for months to make them look authentic. That’s not all, the duels between Kangana Ranaut and Arjun Rampal have been specially designed to amp up the adrenaline of the viewers.

Shot across Budapest, Mumbai and Bhopal, the film has been shot by award-winning Japanese cinematographer Tetsuo Nagata and the action choreography has been designed by an out-an-out international crew.

Dhaakad is directed by Razneesh Ghai and produced by Deepak Mukut and Sohel Maklai. Presented by Soham Rockstar Entertainment Pvt Ltd in association with Kamal Mukut, Sohel Maklai Productions, and Asylum films, Dhaakad is slated to release on May 20, 2022.