It’s official! Salaar starring Prabhas, and directed by Prashanth Neel is all set to be released on 28th September 2023. Produced by Vijay Kiragandur, this high-voltage actioner has been making rounds of conversations since the time the first look of the film was launched. Prabhas will be seen in his most ferocious, rawest and massy avatar. On the occasion of Independence day, the makers released a new poster from the film of the lead actor Prabhas, announcing the release date. 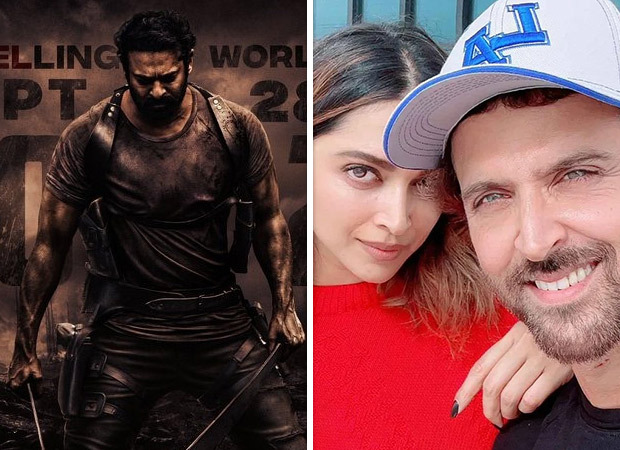 Interestingly, the pan-India project, which will be released in 5 languages, will clash with forthcoming Hindi film Fighter starring Hrithik Roshan and Deepika Padukone. Originally, the film was scheduled for Republic Day 2023 weekend but moved to the Gandhi Jayanti weekend in 2023. This marks his second collaboration with filmmaker Siddharth Anand after 2019’s War.

Meanwhile, Siddharth Anand is currently busy with the much-anticipated film Pathaan which stars Deepika Padukone alongside Shah Rukh Khan and John Abraham. On the other hand, Hrithik Roshan has completed the shoot for the Hindi remake of Vikram Vedha with Saif Ali Khan and kicked off Fighter. Deepika Padukone has an array of line up including a film with Prabhas, The Intern remake, Pathaan, and more. Prabhas has two magnum opus movies including Salaar and Adipurush.