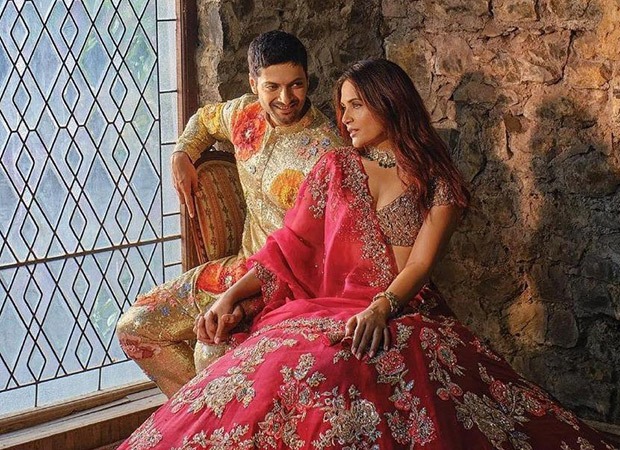 For the past few days, Richa Chadha and Ali Fazal have been in the news for their impending wedding. While the couple had announced their decision of tying the knot way back in 2020, due to the pandemic, they waited patiently to reschedule their nuptials. And last month, reports stated that the couple has decided to hold their wedding ceremony in October and it will be in full-on big fat Indian wedding style with several functions, rituals and parties.

The couple, who were busy with their respective work commitments, has returned to Delhi to kick off the wedding festivities. And before kicking off the major functions starting from September 30, the couple decided to host an informal meeting with their parents, friends and close ones. It is supposed to be a small event with very limited guests as they get a chance to meet and interact with each other before they get busy with other ceremonies and functions.

“The wedding festivities will start with an intimate family gathering in Delhi – there’s dinner etc. for close family and their childhood friends. It is not a ritual. It’s more like a meeting between families which is a very common tradition. And just an informal gathering with an intimate dinner hosted by Richa and Ali for their families. It’s happening at a private venue in Central Delhi today. It will only have 30-35 people.”

Richa Chadha and Ali Fazal will be planning several functions in the capital but will be tying the knot in an intimate ceremony in Mumbai on October 6. The couple is planning on hosting two grand receptions for their relatives and friends in Delhi and Mumbai. On the work front, Richa has the magnum opus web-series Heeramandi, which is produced by Sanjay Leela Bhansali whereas Ali Fazal will be returning as the famous Guddu Bhaiya in Amazon Prime series Mirzapur.