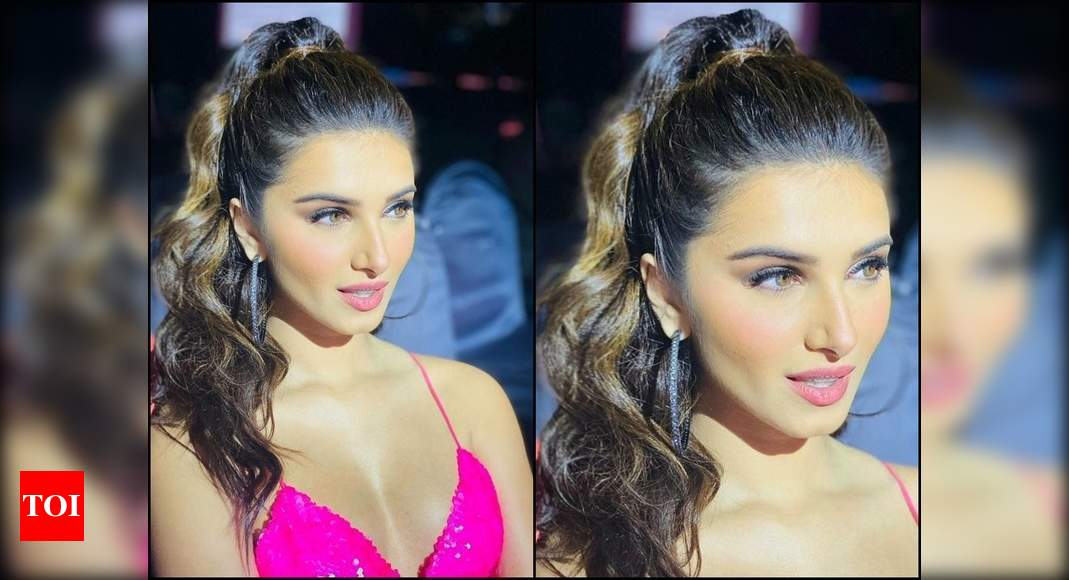 Home Entertainment Tara turns up the heat with latest picture

Actress Tara Sutaria, who is an avid social media user, made her big Bollywood debut with Punit Malhotra’s ‘Student of the Year 2’ and later went on to star in ‘Marjaavaan’ opposite Sidharth Malhotra. The actress recently bagged her next ‘Ek Villain 2’ which also stars John Abraham, Aditya Roy Kapur and Disha Patani.
In a short span of period, she has managed to impress everyone with her performances. She even enjoys a great fan following on social media and keeps all her fans updated with her whereabouts.
Today, Tara shared a picture of herself on Instagram with her fans. The actress looks pretty in pink and we surely can’t get our eyes off her. Sharing it with the fans, she wrote, “🎵Baatein, mulaqaatein karne ki shyam hai🎵🖤” The picture is from a recent award function. Check out the stunning picture below:
Meanwhile, speaking about ‘Ek Villain 2’, Tara earlier told IANS, “I think I am going to be singing in this film, which is something I have been looking forward to. I am finally getting an opportunity to do so, and I am excited.”
The actress also has Milan Lutharia’s ‘Tadap’ coming up. The film is a remake of the Telugu hit ‘RX 100’ and it marks the Bollywood debut of Suniel Shetty’s son Ahan Shetty.