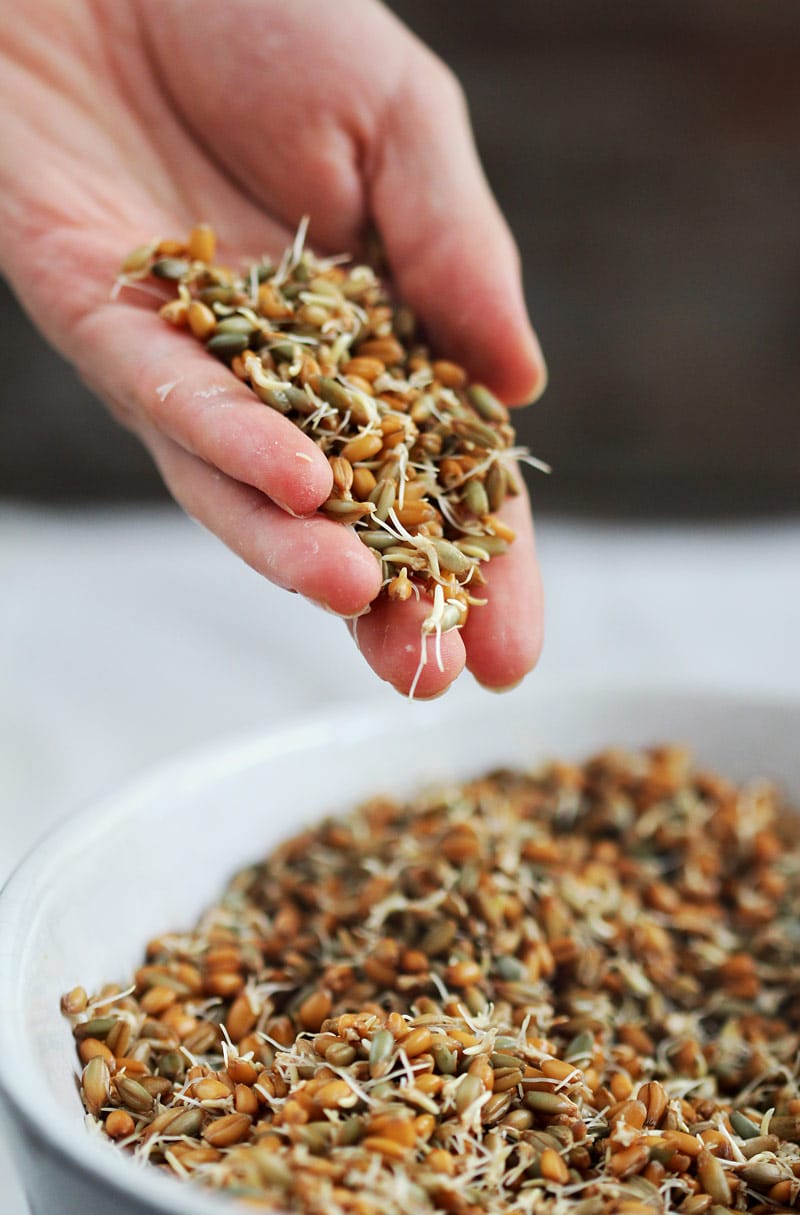 Kabir Bedi’s autobiography to release in April; actor says he has told his story with raw emotional honesty

Veteran actor Kabir Bedi will tell the story of his life in his memoir which will be published this April. Titled ‘Stories I Must...
Read more
Entertainment

After giving us back to back hits, See Prime has now released another saga of love, starring the heartthrob Imran Abbas and...
Read more
Entertainment

Pakistani actress Mahira Khan took to Instagram and shared the video of her dancing with her friends on ‘Pawri Ho Rahi Hai’....
Read more

My local farmers’ market was busy with the Saturday morning bustle of people buying homemade goods and locally grown fruits and vegetables. One of the vendors had a swarm of customers inspecting freshly baked breads. “They’re sprouted-grain breads,” the baker told me, and explained that they tasted better and were healthier than regular whole-grain breads. A sample was delicious — the recipe included sprouted Kamut and spelt, and the bread had a nutty flavor — but was it more nutritious than the regular whole-grain bread I’d just purchased from another vendor?

For more on the subject, I turned to Kristina Secinaro, a registered dietitian at Harvard-affiliated Beth Israel Deaconess Medical Center.

She explained that sprouted grains are simply whole-grain seeds that have just begun to sprout. In order to catch the sprouts at just the right moment in the growing process, whole-grain seeds are typically soaked and then nurtured in environments with controlled amounts of warmth and moisture. This can be done at home (in a vented jar) or at food manufacturing plants (in special equipment).

The moist environment can promote bacterial growth. For that reason, Secinaro recommends that you don’t eat raw sprouted grains. Instead, mash them into a paste for use in baked goods, or cook the raw sprouts before adding them to a meal. Cooking or baking the sprouts should be enough to kill any bacteria. You’ll also need to refrigerate cooked sprouts and sprouted-grain baked goods.

Are they better than regular whole grains?

Sprouted grains have many health benefits. It’s the result of catching the sprouts during the germinating process. “This germinating process breaks down some of the starch, which makes the percentage of nutrients higher. It also breaks down phytate, a form of phytic acid that normally decreases absorption of vitamins and minerals in the body. So sprouted grains have more available nutrients than mature grains,” Secinaro says. Those nutrients include folate, iron, vitamin C, zinc, magnesium, and protein. Sprouted grains also may have less starch and be easier to digest than regular grains. “It may help people who are sensitive to digesting grains,” Secinaro says.

But just because a product contains sprouted whole grains, that doesn’t mean it has more nutrients than a regular whole-grain product. You’ll have to read the Nutrition Facts label to compare nutrition content.

You can find sprouted-grain goods (flours, breads, buns, muffins, tortillas, crackers, and even pizza crust) at a farmers’ market, like I did, or in a grocery store. “They should be in a refrigerated or frozen section. If they’re not, they probably have preservatives in them, although sprouted quinoa or rice flour is safely kept on the shelf,” Secinaro says.

But don’t assume the products are made of 100% sprouted grains. Sometimes there are just small amounts of sprouted grains in a product, so read the ingredients list or talk to the food maker who’s selling it.

In other words, do a little homework before you buy sprouted-grain products. That’s what I’ll be doing the next time I visit the farmers’ market.

Celestine Wong is a consultant dermatologist at Monash Health. Rosemary Nixon is a honorary clinical associate professor at the University of Melbourne....
Read more
Health

For centuries, spices have been traded for their exquisite taste, healing powers and preservative properties. Out of all those exotic spices, ajwain, also...
Read more
Health

It took some time, but composer Amaal Mallik has finally nailed down a fitness and diet regime for himself. Good health, he believes, “is...
Read more

The Dadasaheb Phalke Award ceremony was held after a long span of time due to the COVID-19 pandemic and honoured the talented artists for...
Read more
Entertainment

With theatres having opened up and the central government giving permission to operate cinema halls at 100% occupancy, filmmakers are now locking the release...
Read more
Entertainment

Last year in September it was reported that Bollywood superstar Hrithik Roshan will be making his OTT debut with the Hindi adaptation of the...
Read more
Entertainment

The Legend of Hanuman – Series Review

The retelling of myths any day tickles our nostalgia, and for us who have grown up on these stories, it means a...
Read more
Entertainment

After giving us back to back hits, See Prime has now released another saga of love, starring the heartthrob Imran Abbas and...
Read more
DesiVibeFeel the Vibe!

A decade has passed since they worked in a studio together but now the two music giants combine to create pandemonium!
Read more
Music

Here's a bonus track from Bally Sagoo for your listening pleasure! Hot from the Fresh Dope studios comes an...
Read more
MORE STORIES

The Legend of Hanuman – Series Review