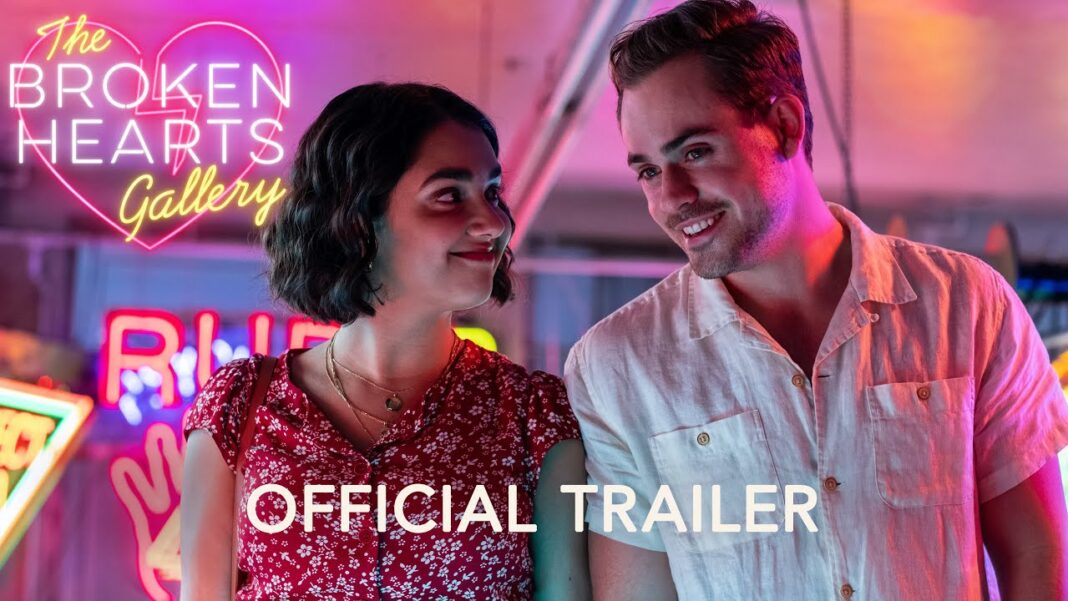 Lucy Gulliver played by Geraldine Viswanathan is dating 35 year old Max who runs an art gallery owned by Eva and she thought she had finally found happiness in her life. But then Max’s ex-girlfriend shows up and turns Lucy’s world up side down resulting in her losing her job and the boyfriend. This is when she ends up meeting Nick accidentally mistaken him for her ride-sharing driver.

Nick and Lucy end up opening up a gallery where people can leave their memorabilia’s from failed relationships or due to deaths and try to let go of these memories to help them move on. This gallery is built to provide a relief to the emotional hoarders. Geraldine Viswanathan has a great chemistry with Nick on screen who is played by Dacre Montgomery and you really hope for something to build between them from the beginning of the movie. The director builds up the characters naturally and the relationship between the two takes a natural turn into what you would expect from a rom-com. Both of them compliment each other very well through out the movie and not overpower each other’s characters.

This movie definitely makes you think about whether at some point in our life we need to let go of our past failed relationships and stop being an emotional hoarder. Lucy’s concept of broken heart gallery is a great example of it.

The Broken Hearts Gallery is definitely a movie worth watching with happy moments and sound track to keep you singing along which can be credited to most likely Selena Gomez’s who shares the producer title for the movie. Viswanathan plays her role very confidently and vibrantly and definitely leaves a mark on the screen. You will be left cheering for Lucy and Nick at the Broken Hearts Gallery, “Love him back!”