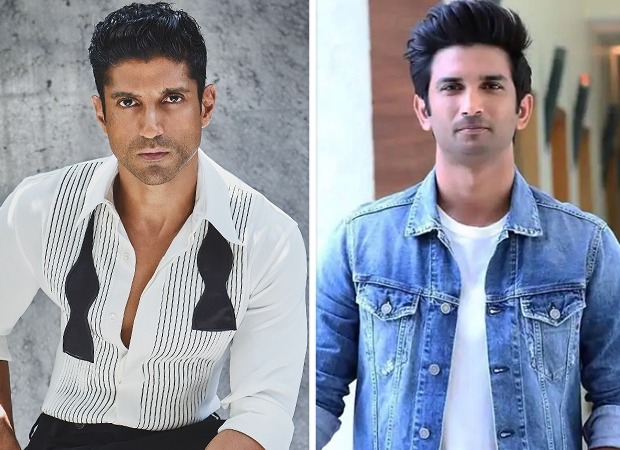 Taking to Twitter on Thursday, Farhan Akhtar blasted the claims and wrote, “For the record: I have no person named Keshav working at mine. Unsurprisingly, another lie by a fake news channel famous for peddling lies. Please stop being so gullible. Just because a guy screams it out on TV doesn’t make it true.”

For the record: I have no person named Keshav working at mine. Unsurprisingly, another lie by a fake news channel famous for peddling lies.
Please stop being so gullible. Just because a guy screams it out on TV doesn’t make it true. https://t.co/Fkex3iUHug

Earlier, while speaking to India Today on the insider-outsider debate and how Rhea Chakraborty was being treated in media-debates, he said, “It is one of the greatest tragedies that I can think of in recent times. It is a tremendous loss to the fraternity. It enrages you when you see that his family is not given the opportunity to breathe. Theories are being spun about why he did it. This is not the time for that. Let some time pass. Right now its speculation from abetment to murder to every crazy thing. Everyone suddenly knew what he thought, his journey and everything about him. What followed is a circus. Be kind, be more inclusive, be aware, reach out, but right now everyone is either got a sword out or holding a shield. It’s ugly. We should remember him for his great work and talent, mourn the fact that we lost somebody who had great potential.”

“Sleep my brother Sleep. Let the vultures gather and the crocodiles weep, let the circus performers juggle, contort, bow and leap. Let the shrill get higher let the darkness in the hearts of men get deep. Sleep my brother sleep. RIP Sushant,” Farhan Akhtar had written on social media on June 16, two days after Sushant’s death.

Sushant Singh Rajput was found hanging in his Bandra apartment on June 14. The Central Bureau Of Investigation (CBI) is currently probing his death.