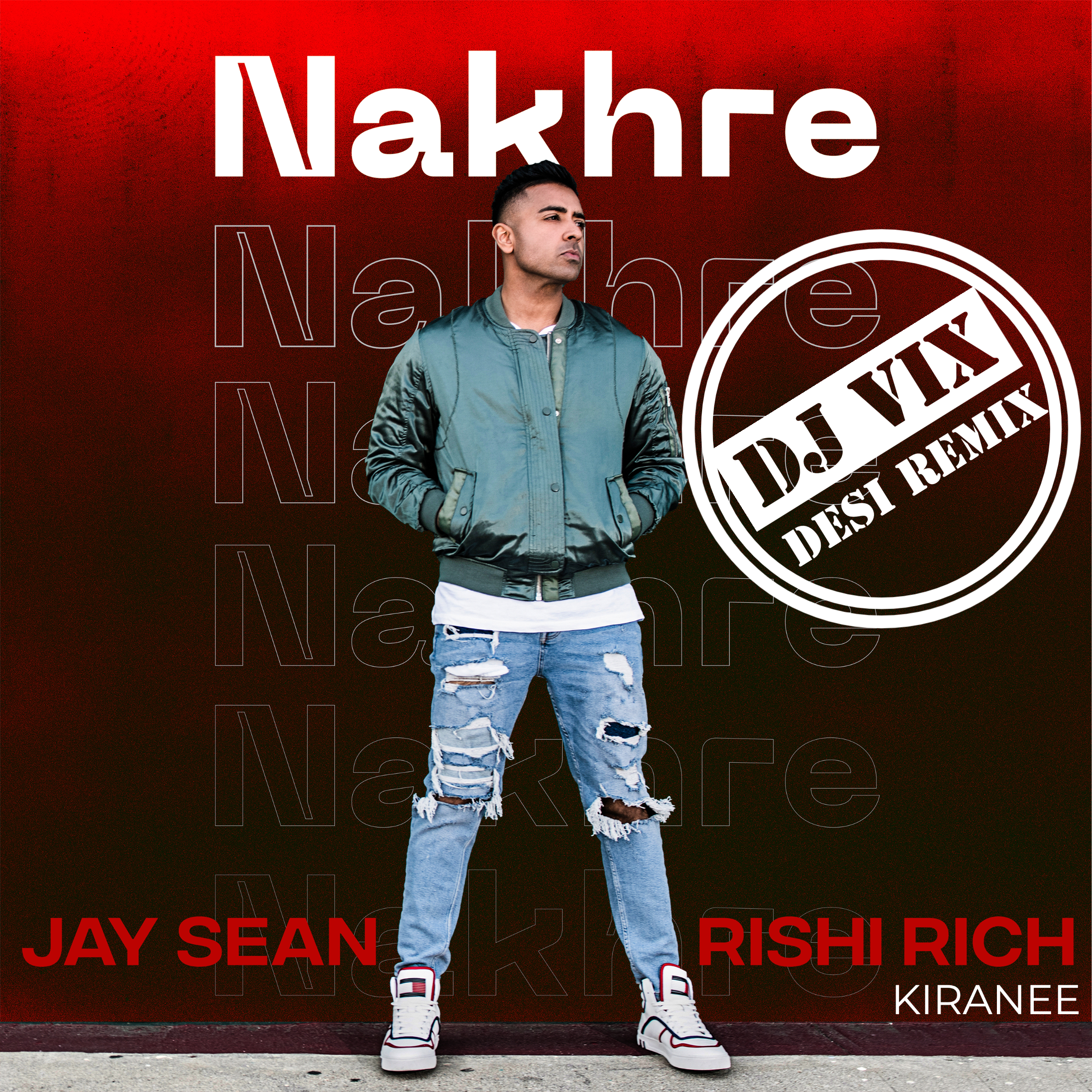 Nakhre released on the 30th September 2020 and the global response to the comeback collaboration between Jay Sean and Rishi Rich was quite literally the talk of the town!

With some superb charting positions, fantastic spots on editorial playlists and even hosting a live house party for Kolkata Night Riders; both Jay & Rishi have been talking about having the original track remixed. Little did they know that DJ Vix from the UK had already ticked that off of his own bucket list!

The Official Desi Remix of Nakhre is a full-on pre-Diwali booster for all!

Boasting a happy and peppy vibe full of the richness of sweet Punjabi; this remix is going to get you grooving and bopping even before you finish the first listen!

Still showcasing the iconic flute from Tere Chehre Pe from the movie Baazigar, the Desi Remix of Nakhre adds a new lease of life to the original. Let’s hope Kajol tweets about this version too hey!

Born and raised in the East of London, DJ Vix grew up in the 80’s listening to and drawing inspiration from, the legendary bhangra bands such as Alaap, Heera and DCS. DJ Vix calls them the true pioneers of modern-day bhangra music and he soon became aware that he too had a keen ear for music.

Quickly labelling music his passion, and remixing his art; in 1996, DJ Vix changed the face of the Asian music scene for DJ’s and remix producers by forming the multi-award-winning ‘Dhol N Bass’ (DNB); leading the way as one of the first to do so.

Soon after, DJ Vix was signed to the internationally renowned music record label, Moviebox in 2002 and Vix very quickly began to receive recognition for his style of music and of course his skills when it came to mixing records live.

Working with artists such as Malkit Singh, Kumar Sanu, Miss Pooja and many more. DJ Vix is responsible for dance floor anthems such as ‘Gidha Pao’, ‘Ek Hor La De’ and ‘Desi Beat’; DJ Vix’s style for creating party anthems, and dance floor grooves has earned him a place in Bhangra’s hall of fame within the Asian Music Industry.

DJ Vix has also hosted radio shows for the likes of Kiss FM, BBC Radio 1, BBC1 Xtra and BBC Asian Network and has travelled the globe impressing all with his ‘on the deck’ skills for more than 20 years.

DJ Vix says: “I represent a versatile style of music, marrying the East with the West which will always rock any dance floor and take your event to the highest of heights”.