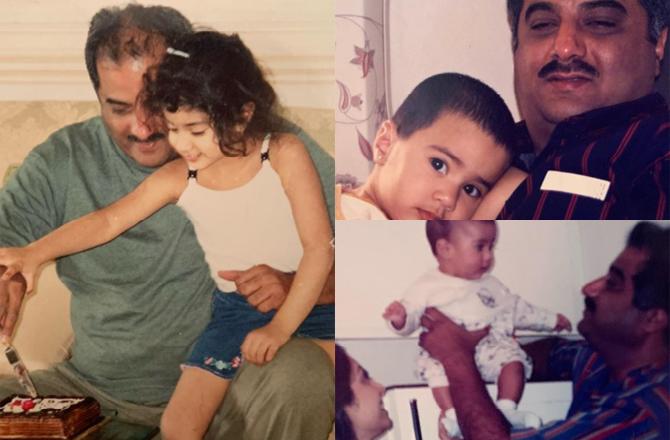 Boney Kapoor is celebrating his birthday today on November 11 and on this special occasion, daughter Janhvi Kapoor had something special for her father. She took to her Instagram account and shared a collage of her childhood pictures to wish him on the occasion.

2020 has also been special for Janhvi Kapoor as her film Gunjan Saxena: The Kargil Girl was praised by critics and audiences for its storytelling and performances. The actress is now gearing up for Takht and Dostana 2.

However, ever since the unfortunate demise of Sushant Singh Rajput, social media users have been critical of star kids and filmmakers that have worked with them repeatedly in films. Amid such backlash, Kapoor’s film came under the radar too and faced a lot of hatred. And the actress talked about it in an interview with Anupama Chopra.

When asked about the reaction of her family, she said, “My sister is supremely cool and strong, so she is like, ‘Just don’t give a sh*t, it is fine.’ But you have to exercise more sensitivity because there is a bigger thing at play and bigger emotions at play that everyone is dealing with. I don’t want to ever come from a place where I am like, ‘Oh, sympathise with me, I am being trolled’ because everyone does have their journey.”

Talking about the reaction of her father and filmmaker Boney Kapoor, this is what the Dhadak actress had to say, “Yeah, it hurt my father, but he had seen the film much before and his belief in my performance and the film was so strong that he was not so affected by the social media situation. That gave me a lot of strength as well.”

She added, “There were a couple of days when he was literally stalking me in my house because he did not know how low I was feeling. But after the initial day or two of feeling bogged down by it, it fuels you. At least, for me.”