Bollywood’s heartthrob Kartik Aaryan turns a year older today. On his big day, the actor stepped out in the city, as the paparazzi clicked him. The handsome hunk was seen celebrating his birthday with the media, as he cut a cute cake. See pictures. 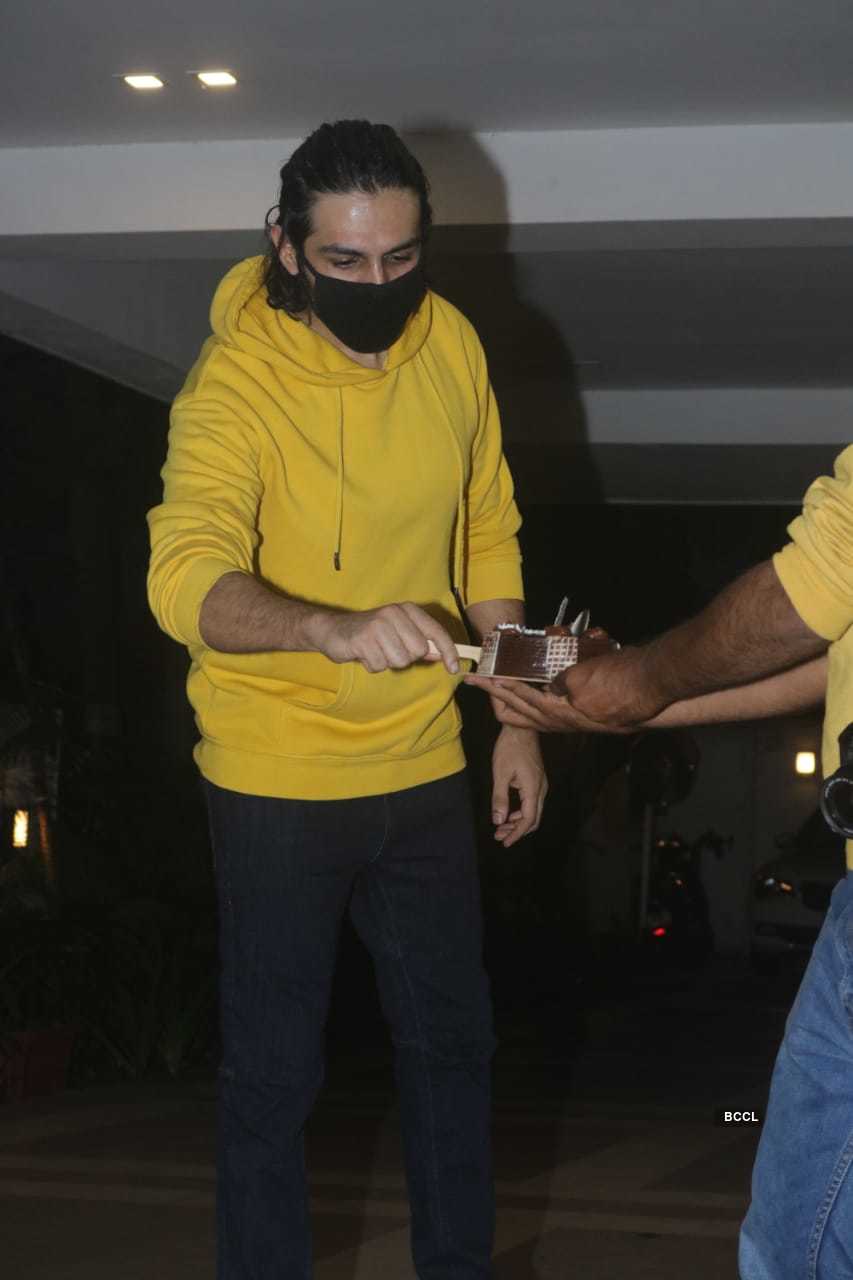 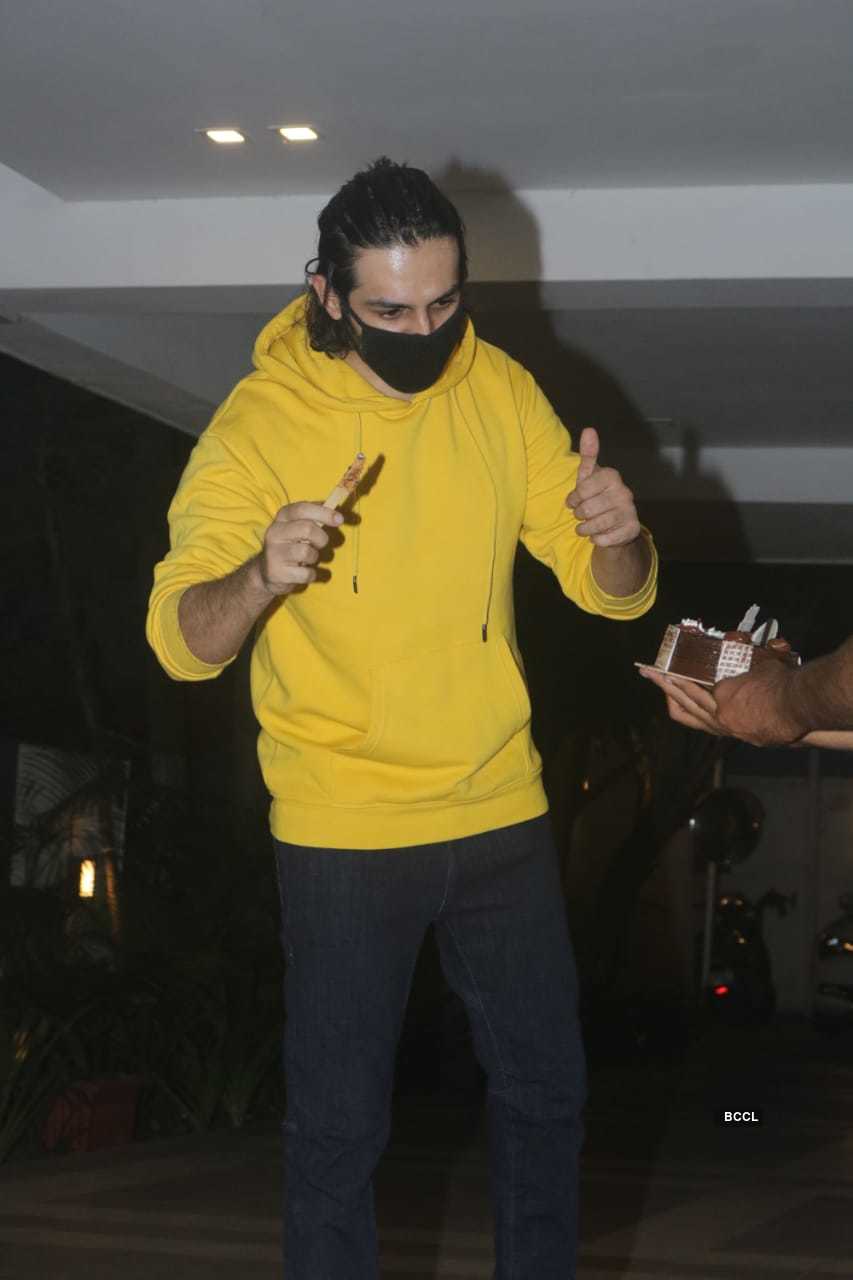 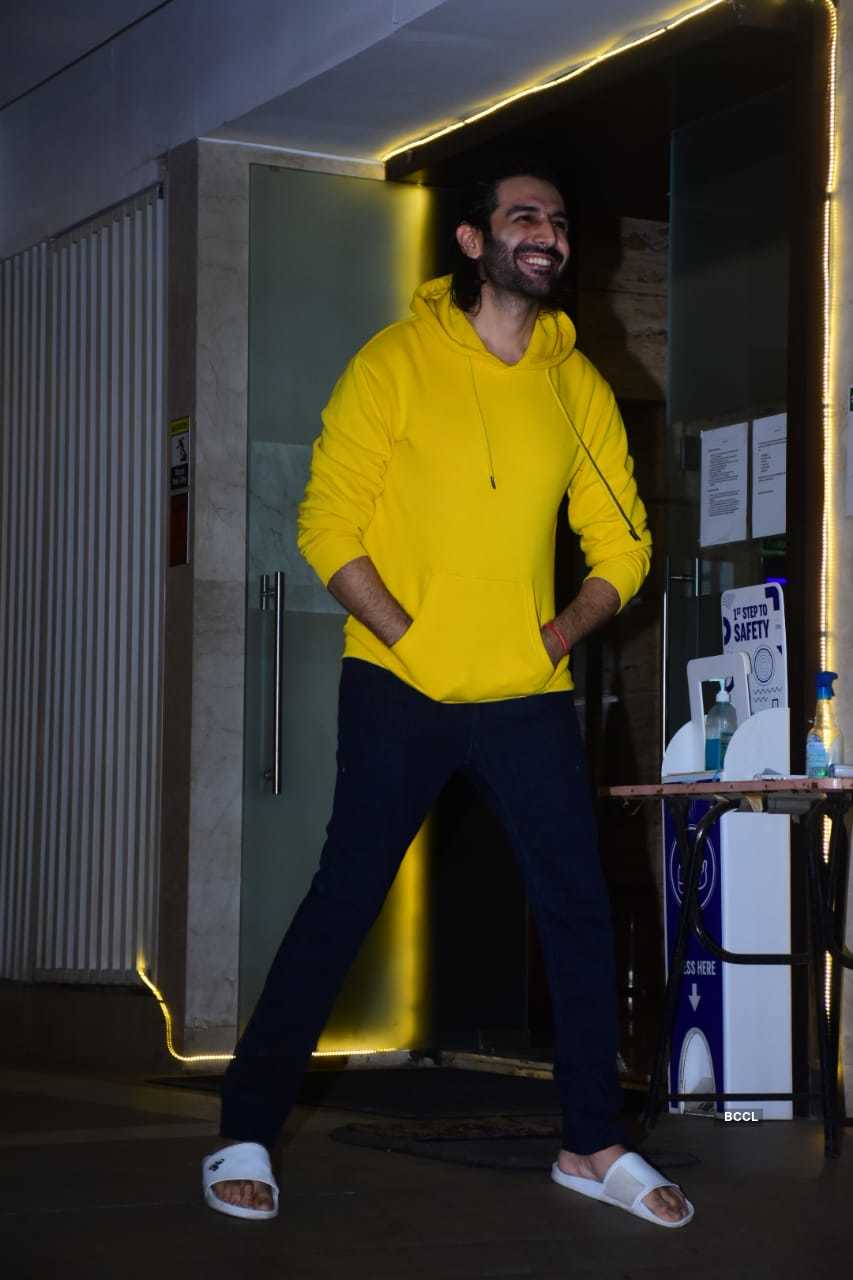 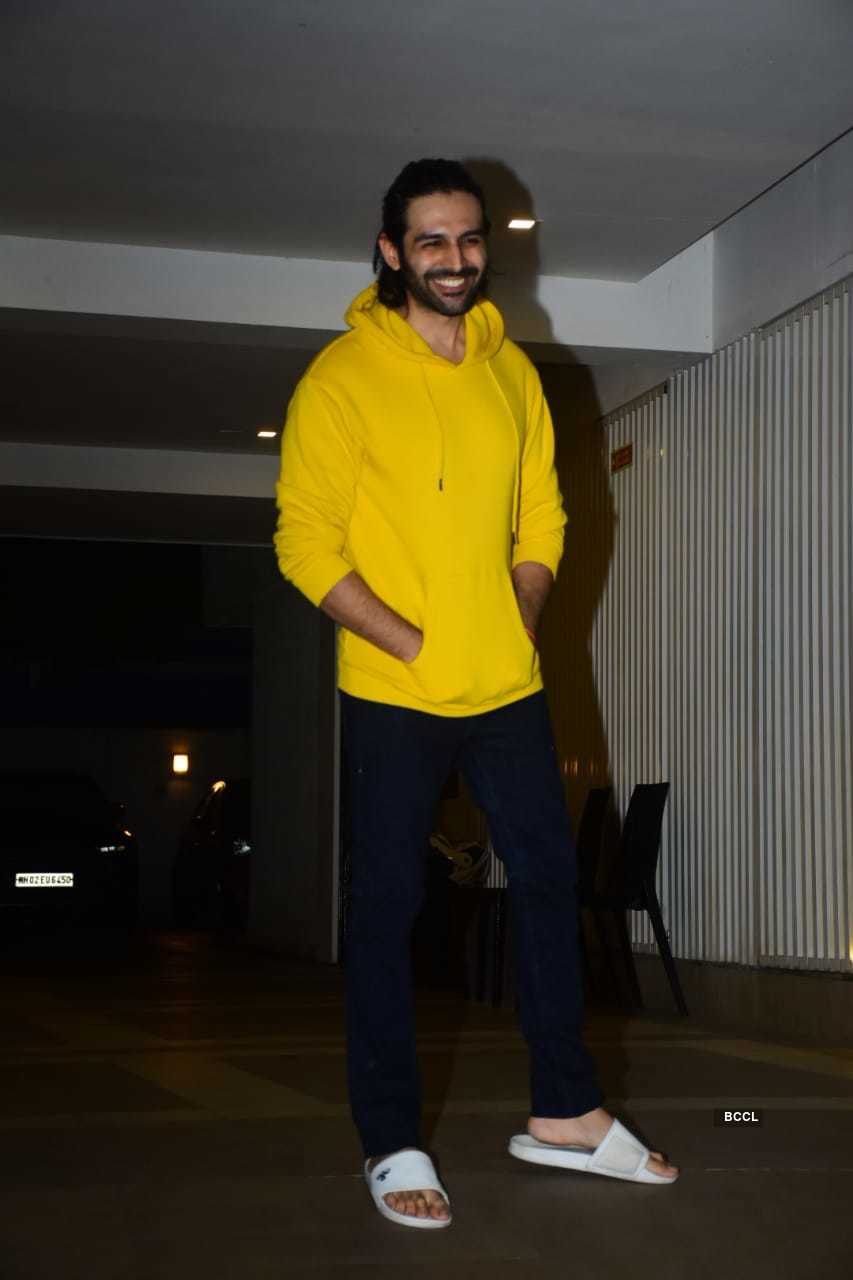 Kartik looked adorable sporting a yellow hoodie, teamed with black track pants, and white sliders. He was also seen sporting a mask for the coronavirus protection. He was all smiles, as he humbly waved at the shutterbugs.

He has also announced his upcoming film ‘Dhamaka’, which has been slated for a 2021 release. Taking to social media Kartik wrote, “Aaj mera Birthday hai 🥳..#DHAMAKA hona chahiye 💥 🔥” Kartik’s on-screen energy along with his impeccable monologue delivery, won him several accolades. On the work front, he was last seen in Imtiaz Ali’s ‘Love Aaj Kal’ sharing screen space with Sara Ali Khan. He also has ‘Bhool Bhulaiyaa 2’ with Kiara Advani and ‘Dostana 2’ alongside Janhvi Kapoor in the pipeline.