Two days after the release of the trailer of Anurag Kashyap and Anil Kapoor starrer AK vs AK, the Indian Air Force(IAF) demanded the withdrawal of a few scenes. Sharing a scene from the trailer, the IAF said that Kapoor is not wearing the uniform properly and is also using abusive language while in uniform. 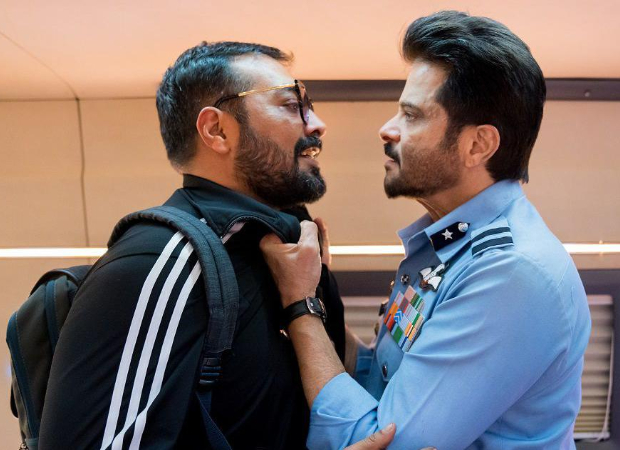 “The IAF uniform in this video is inaccurately donned and the language used is inappropriate. This does not conform to the behavioural norms of those in the Armed Forces of India. The related scenes need to be withdrawn,” the official handle of Indian Air Force tweeted on Wednesday.

The IAF uniform in this video is inaccurately donned & the language used is inappropriate. This does not conform to the behavioural norms of those in the Armed Forces of India. The related scenes need to be withdrawn.@NetflixIndia @anuragkashyap72#AkvsAk https://t.co/F6PoyFtbuB

Few hours after the tweet, actor Anil Kapoor took to Twitter and posted a video where he apologised for hurting the sentiments of people. “It has come to my attention that the trailer of my new film “AK vs AK” has offended some people. As I am wearing the Indian Air Force Uniform while using unparliamentary language, I would like to sincerely offer my humble apologies for unintentionally hurting sentiments,” he said.

“My character in the film is in uniform because he is an actor playing the role of an officer. When he finds out that his daughter has been kidnapped, the anger and rage he experiences and portrays is that of an emotionally distraught father. It was only in the interest of remaining true to the story that my character is still wearing the uniform on his quest to find his missing daughter. It was never my intent or the intent of the filmmakers to disrespect the Indian air force,” he added.

The film traces the journey of a ‘full-of-himself’ film director Anurag Kashyap, as he kidnaps the daughter of one of Bollywood’s most iconic living legends, Anil Kapoor. What follows is Kapoor’s desperate search for his daughter, as he races against the clock.Directed by Vikramaditya Motwane, AK Vs AK is produced by Andolan Films and is set to stream from December 24 onwards.