For the first time, Akshay Kumar, Sara Ali Khan, and Dhanush will be coming together for Aanand L. Rai’s Atrangi Re. The stars have already begun shooting after the situation got a little better after the pandemic. They have already begun shooting a while ago after completing their prior commitments and the fans are super excited to see the trio star in a movie for the first time. 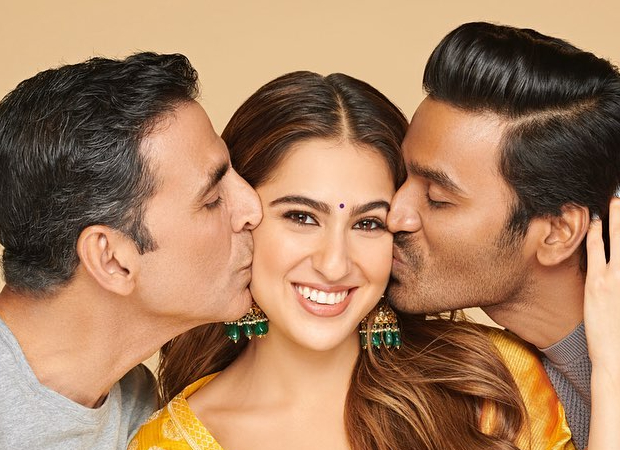 As per the latest reports, Atrangi Re’s plot has been revealed and it has a Raanjhanaa feel to it. Sara Ali Khan will be portraying the role of Dhanush’s wife in the movie. But, to add to the twist, will fall in love with Akshay Kumar’s carefree character in the film. While the film is still in its early stage of shoot, this glimpse at the plot is surely going to leave all of us eagerly waiting!

The film is slated to release in 2021 and Akshay had recently shared an unseen still to mark the beginning of his shoot for Atrangi Re.