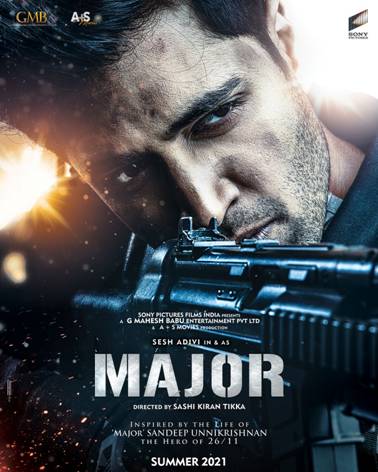 As Bollywood prepares to bring blockbuster movies back to cinemas in 2021, Sony Pictures Films India has just premiered the brand new posters for the much-anticipated film MAJOR now announced to hit theaters across North America next summer. Inspired by the life of Major Sandeep Unnikrishnan (the hero of 26/11) and produced by superstar Mahesh Babu, the new movie stars Adivi Sesh and was shot simultaneously in Hindi and Telugu.