David Dhawan and Varun Dhawan collaborated for the third time recently in the form of Coolie No. 1. Main Tera Hero and Judwaa 2 being their first two collaborations. In all the three films, Dhawan Jr. had a kissing scene with his leading lady- Ileana D’Cruz, Taapsee Pannu and Jacqueline Fernandez, and now Sara Ali Khan.

In an interview when asked about filming these scenes picturised on his son, the filmmaker said, “There is nothing difficult about it because we are very professional people. When I am shooting with him, I don’t look at him or ask him whether we should do this or not. I tell him that this is to be done. The script demands a kissing scene and so we have to do it.”

He added, “Practically, there is nothing wrong. Kissing scene is the lightest scene in the Indian films these days. It’s very fair when you are doing it professionally, you don’t look left, right, centre. There is no such thing. It’s all practical today. Now how the hero and the heroine do it is up to them. What are you embarrassed about?” 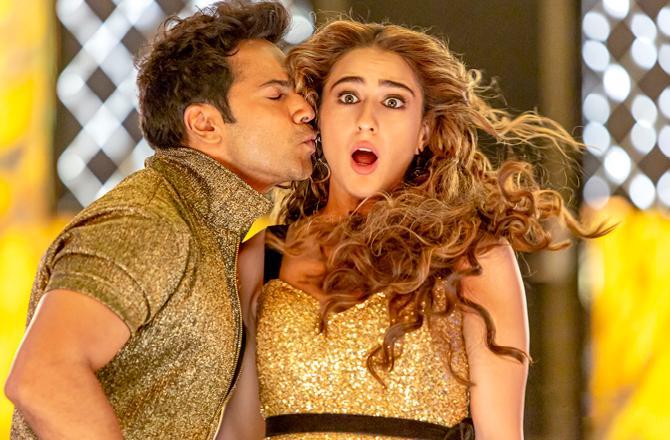 Coolie No. 1 was David Dhawan’s 45th film and his third with his son Varun. In an interview recently, David Dhawan also talked about recreating the old songs of the film. He said, “Songs from the original Coolie No. 1 are hugely popular and timeless. According to me, these tracks helped the film. I was always clear that if I ever made this film again, I would use these blockbuster songs.”

He added, “The songs from the original were created by music director Anand-Milind and written by lyricist Sameer, who are close to me. We have done a lot of work together. Including these songs in the new Coolie No.1 was my way to pay back.”