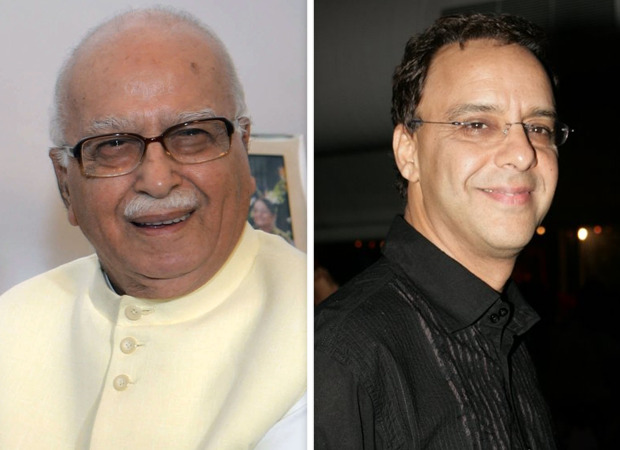 The veteran director-producer Vidhu Vinod Chopra, as we all know, has created a niche for himself and earned accolades like no other. He has vowed everyone in the film world from his first venture itself. The first student film that he made as a student of Film and Television Institute of India (FTII), Murder At Monkey Hill, went on to win the Best Short Experimental Film at the 24th National Film Awards in 1976. This victory is common knowledge but many are not aware of the hilarious episode that occurred when Vidhu Vinod Chopra went to collect his prize on stage. It also led to the beginning of his glorious friendship with senior politician, Lal Krishna Advani. Vidhu Vinod Chopra has narrated this incident in the book ‘Unscripted’ penned by Abhijat Joshi, which has been released today.

In this book, the filmmaker narrates that he was told that he’d receive prize money of Rs. 4000 when he’ll collect his National Award. When his name was called, he went on the stage and was greeted by the then President Neelam Sanjiva Reddy and L K Advani, the then Minister for Information and Broadcasting. The president gave him a gold medallion and a brown envelope. Vidhu, obviously, expected that the latter will have bank notes amounting to Rs. 4000. Instead, it consisted of a postal bond which can be encashed in seven years.

Any other person would have got off the stage first and then tried to seek redress. But Vidhu Vinod Chopra being the way that he is, he decided to confront Mr Advani directly at that very moment. He asked why he isn’t being given the cash that he was promised. Advani, at first, tried to explain that this bond will get him money later in life but when he realized that Vidhu wants cash immediately, he told him to meet him tomorrow.

Vidhu however argued that if he gets off the stage, he doesn’t know if he’ll be able to meet the minister the next day. Meanwhile, President Neelam Sanjiva Reddy too got involved. Vidhu explained the situation to him. An irritated Lal Krishna Advani once again assured him that he’ll give him the money the next day. When Vidhi was still not convinced, the President then convinced Vidhu and told him that Mr Advani won’t back off.

The next day, as asked by Lal Krishna Advani, Vidhu Vinod Chopra met him at Shastri Bhawan. Advani was furious and scolded him for his misbehaviour. He also said that he wants to complain about him to his father. Vidhu gave his father’s phone number to him and also asked him whether he had his breakfast. When Advani nodded, Vidhu said that he hasn’t because he doesn’t have the money. He also said that he had borrowed Rs. 1200 from his friends, hoping that with the Rs. 4000 that he’d get at the National Awards ceremony, he’d be able to return the loaned amount.

At this, Lal Krishna Advani’s heart melted. He immediately ordered eggs and paratha for the filmmaker and also gave him Rs. 4000 on the spot. And that’s not all. Lal Krishna Advani helped him even in future. Knowing that Vidhu Vinod Chopra is not financially well off, he made him a member of the FTII Governing Council, though he was just a student of the institute. As part of this council, he used to be paid Rs. 880 for the airfare for attending the meetings. Vidhu, however, used to travel by train in the third-class compartment and save the rest of the money for himself.

Then just days before the 51st Academy Awards on April 9, 1979, Vidhu Vinod Chopra learnt that his short documentary An Encounter With Faces has secured a nomination. The filmmaker didn’t have money to attend the ceremony in Los Angeles and moreover, didn’t even hold a passport. With no other option, he approached Lal Krishna Advani. As expected, the benevolent minister got a passport arranged for him in just two hours, without police verification. He also gave him an economy-class Air India ticket and $60 for three days’ stay, courtesy the Government of India.

Their association continued and it exists even today. Last year, during a special screening of Vidhu Vinod Chopra’s directorial film, Shikara (2020), one of the guests was none other than Lal Krishna Advani. He was one of the first people to see the film and loved it so much that he couldn’t control his tears. A video of Vidhu Vinod Chopra greeting an emotional L K Advani was even released by the film’s team on social media.

Shri L K Advani at the special screening of #Shikara We are so humbled and grateful for your blessings and your appreciation for the film Sir. @foxstarhindi @rahulpandita pic.twitter.com/oUeymMayhc