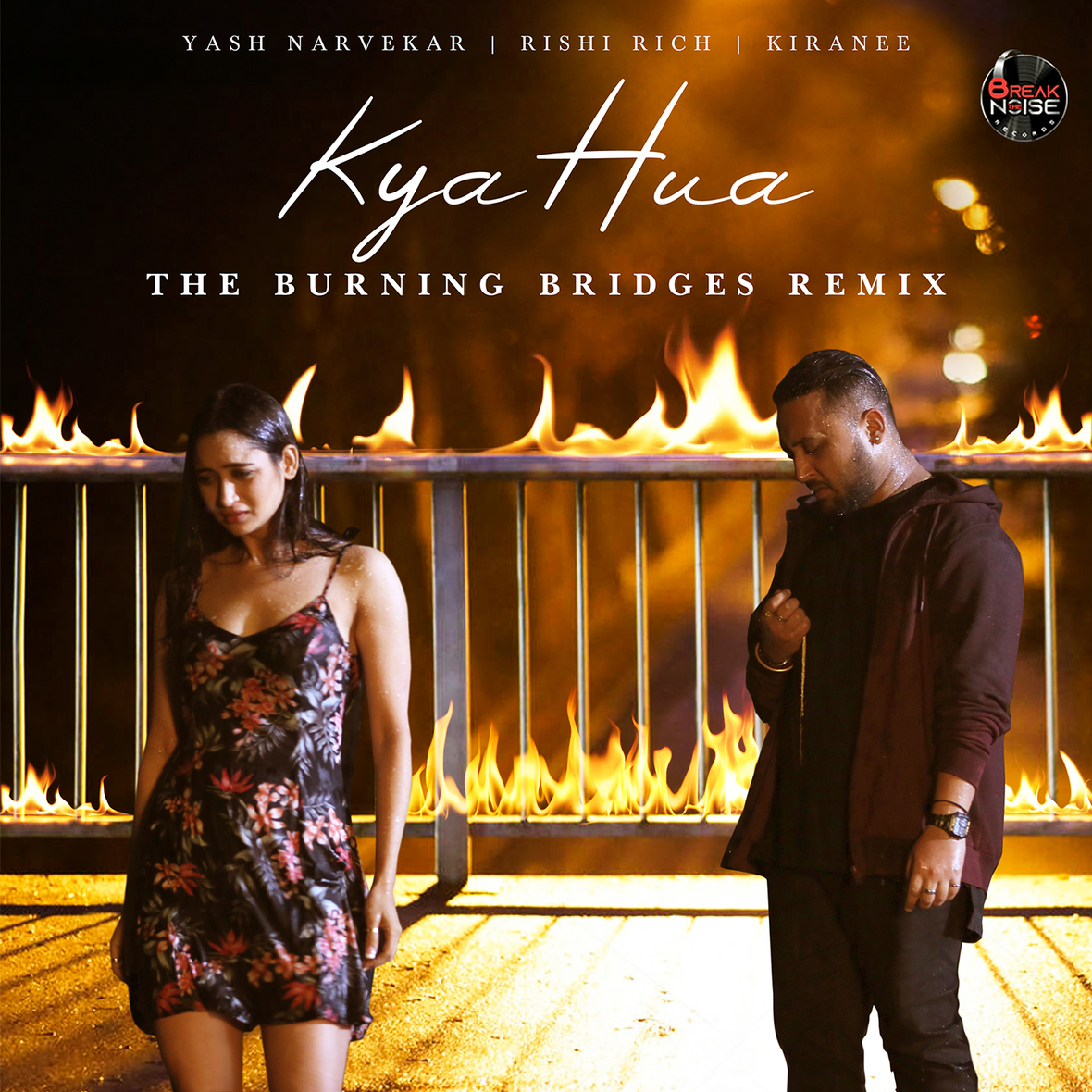 After the overwhelming global response to last years release ‘Kya Hua’, Break The Noise Records kicks off 2021 with an outstanding remix of the track, this time featuring the incredible Kiranee.

THE BURNING BRIDGES REMIX is flavoured with EDM Dance grooves and has Kiranee’s vocal samples laced throughout the production and the futuristic club sound beckons you to dance through your heartbreak!

The original ‘Kya Hua’ released in November 2020 and was the first independent collaboration between Bollywood singer-songwriter Yash Narvekar and music maestro Rishi Rich.

Yash has been making some serious noise within the music industry over the past few years. Taken under the wing of Mohit Suri as part of the Universal Music India venture VYRL Originals; Narvekar has been a frequent collaborator with Rishi Rich delivering songs such as ‘Mere Dil Mein’ (Half Girlfriend) and ‘Teri Yaadon Mein’ (Behen Hogi Teri).

Classically trained since the age of 13 and also a Law graduate, unstoppable Narvekar delivered his biggest hit in 2020 with the formidable, ‘Muqabla’ for Street Dancer 3D and also featured on a duet with Bollywood queen Neha Kakkar for ‘Ek To Kum Zindagani’ for the movie Marjaavaan featuring Nora Fatehi.

Break The Noise Records is an innovative record label with an eclectic musical mix that weaves together East and West elements based on an international framework and sound. This exciting musical endeavour has been put together by a pioneer of the Asian- R&B fusion music and Desi movement Rishi Rich, singer-songwriter for over 10 years Kiranee, and Mumbai based executive producer RDV.