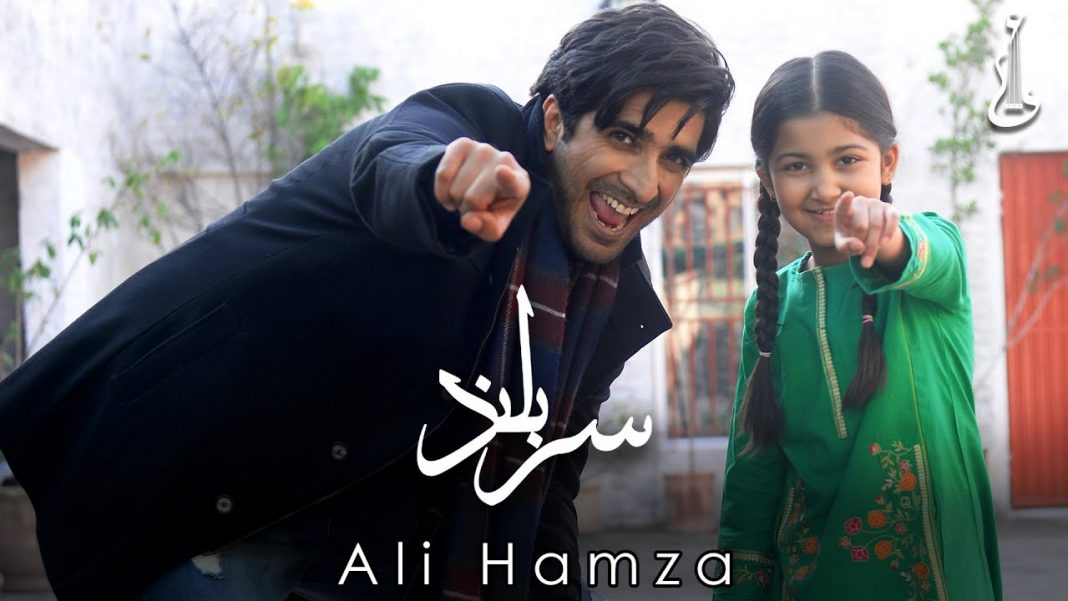 [Karachi 15-February, 2021] ‘SarBuland’ is a musical composition that highlights the importance of considering the issue of violence against women as not just a woman’s issue but a problem that needs to be owned by society in general, especially a patriarchal one.

The struggle to end violence against women has largely been carried out by female activists and dedicates women who have persevered to bring awareness, attention and legislation.But it will never be enough.It’s not about fighting a particular crime. It’s about changing a mindset.

‘SarBuland’ is a song which challenges narratives through lyrics and visuals that are empowering, not only to women but also the brave men who stand besidecourageous women and support them.

I want them to relate to a different kind of hero. The actions of that hero could be very small; very subtle. It’s the decision to take those actions that is huge.”

Producer IrumAhsan says, “For a happy society, each human needs to be respected and woman is a human being. She does not have to be a mother or a sister or a daughter to be respected, supporting one woman creates a pathway for other women, Women are not anyone’s honor they are everyone’s pride.”

Dr Fauzia Saeed, DG PNCA welcomed the guests and appreciated the effort of using powerful images in a sensitive way to change mindsets and the talented poet and author, Kishwar Naheed recited her poem, ‘Mae Kaun Hoon’ with an English translation by Human Rights defender Tahira Abdullah. They also talked about the significance of 12 February, Pakistani Women’s day and paid tribute to all the women activists who were part of the struggle.

Renowned singer Ali Hamza has composed the music and sung the song. Whereas Irfan Ahmad Urfi has written the lyrics. The song follows a father and how he stands by his daughter and her decisions.

The video was made with the support of Legal Literacy for women project, ADB.

The Chief guest Dr. Sania Nishtar stated, “Yes, there are serious problems out there but we must take a moment to also celebrate the resilience to face these problems.” Words like ‘SarBuland’ and ‘Fakhar’ reinforce the positive aspect and stress on the way forward and a resolution.