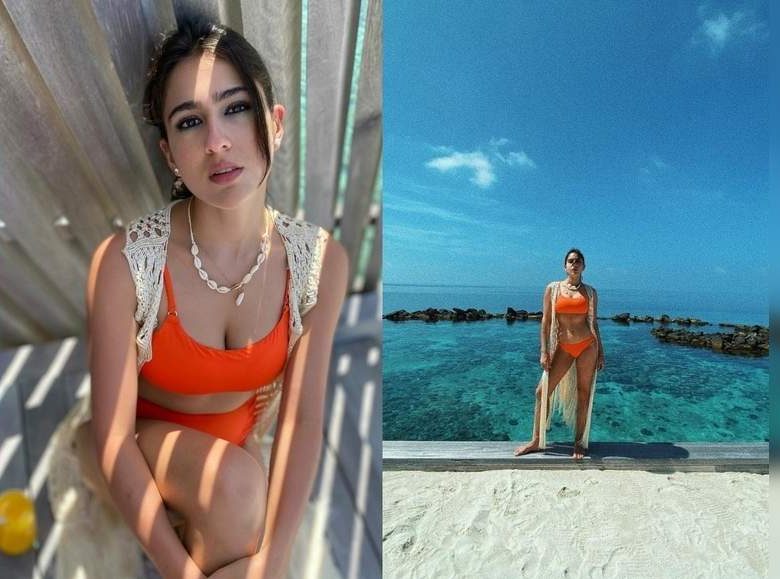 Sara Ali Khan has been blessing the cyberworld with one after another mesmerising pictures from her recent trip to the Maldives. Today she once again took a walk down the memory lane as she revealed some more pictures of herself living up the island life.

In the pictures, the actress is seen donning a bright orange bikini, topped with an ivory crochet cover-up as she posed intensely for the camera against the backdrop of crystal blue water. She further captioned them, “Your daily dose of Vitamin C🍊🍊🍊#vitaminc #vitaminsea 🌊🌊🌊.”

Have a look:
The actress recently took up a tour with her mother Amrita Singh and their close friends in Jaipur. She was spotted sharing several glimpses of the pink city on social media that went viral in no time.

On the work front, Sara Ali Khan will be next seen in filmmaker Anand L Rai’s upcoming ‘Atrangi Re’ wherein she will be sharing the screenspace with Akshay Kumar and Dhanush in lead roles. The film has been slated to release this year.