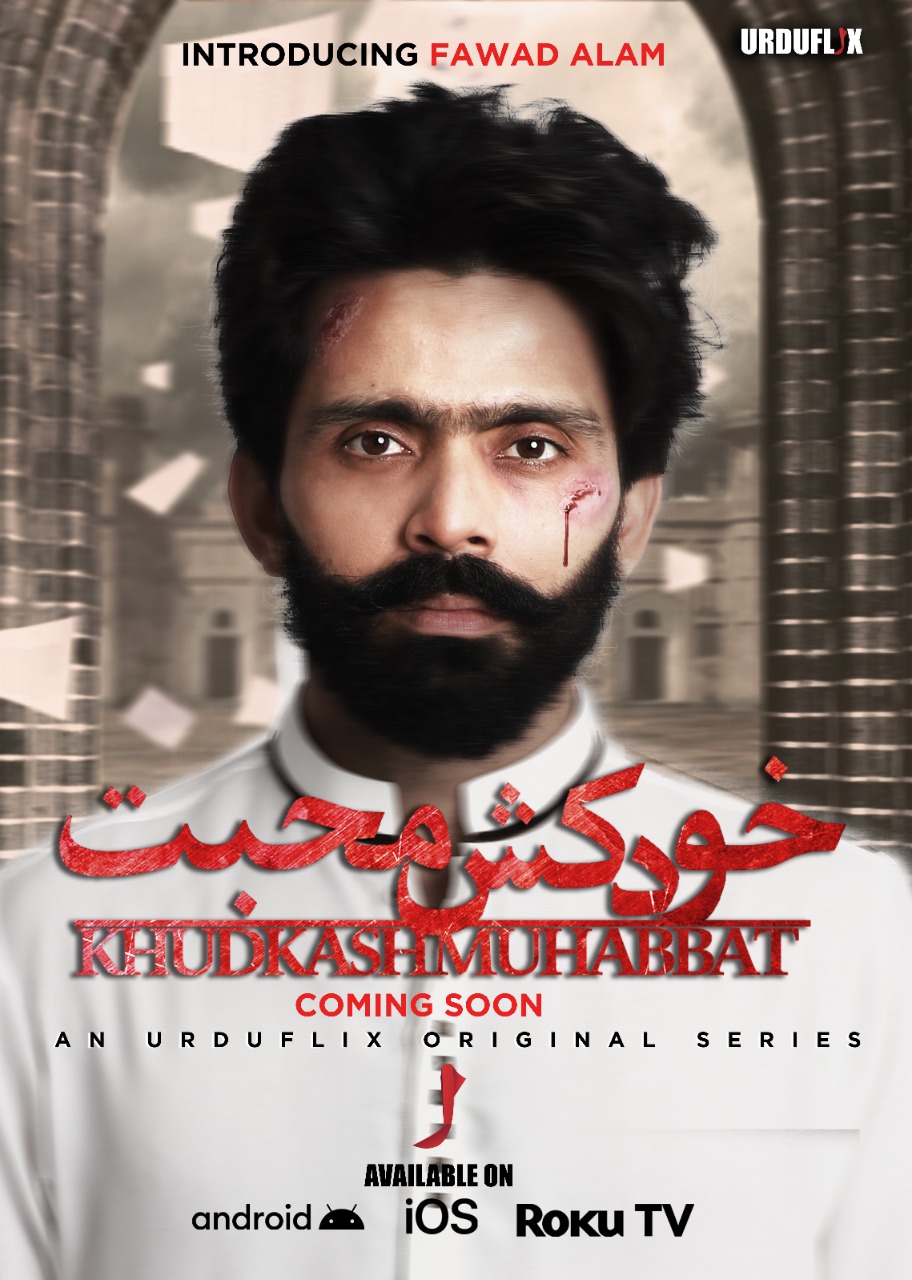 Karachi, 13 March 2021: Pakistani test cricketer and all-rounder Fawad Alam is all set to jump into the world of acting with his first web-series, ‘Khudkash Muhabbat’ – which is soon to release on UrduFlix.

UrduFlix – recently launched as Pakistan’s first-ever Urdu OTT platform has upped the game and expectations with brilliant new content, and has kept the surprises coming. In a recent poster for their latest webseries ‘Khudkash Muhabbat’ – it was revealed that the cricketing hero would be making his debut on UrduFlix.

Fawad Alam, who has given remarkable performance in his cricketing career, had also been serving as an analyst in the Pakistan Super League Season 6, and would now soon be seen on the screens in what looks like an unconventional role in a unique story.

UrduFlix, which launched earlier this month, has garnered great feedback from the audiences after its first webseries ‘Dulhan Aur 1 Raat’ starring Alizeh Shah went on air. The platform is officially live for download for viewers on Google Play Store, Apple App Store, and Roku TV.