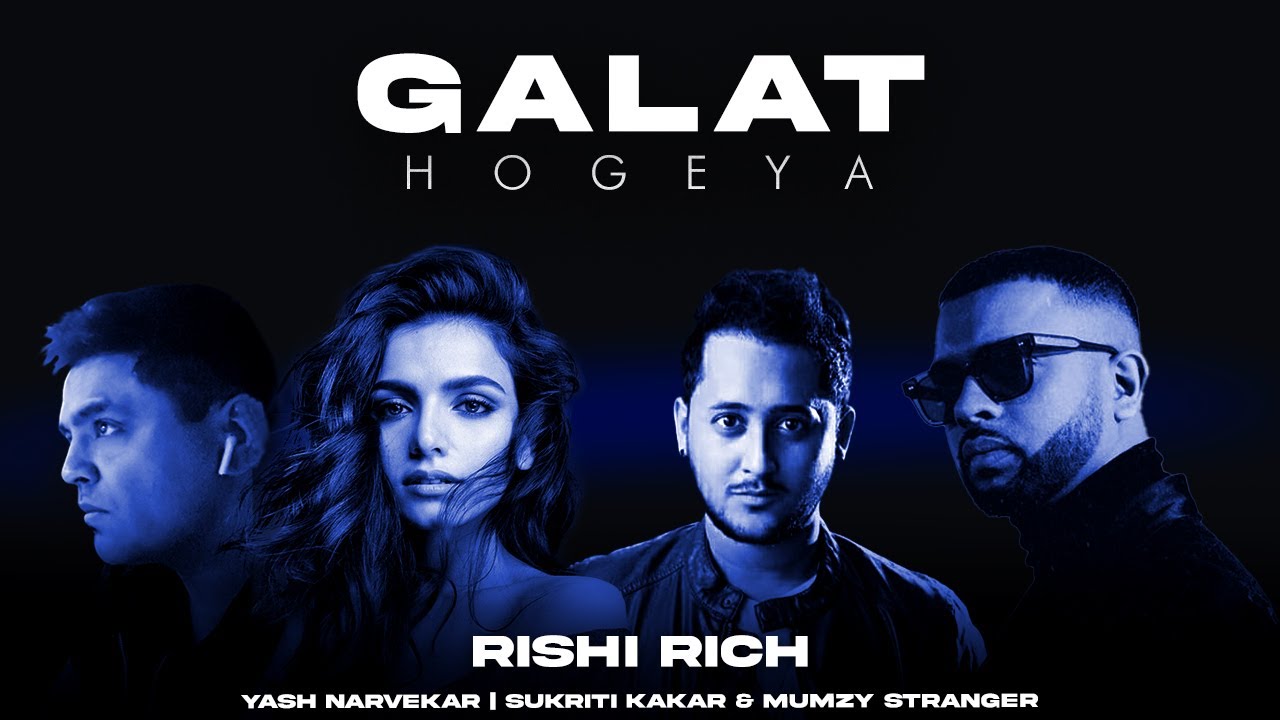 The creative team at Break the Noise Records have become synonymous with delivering out-of-the-box, highest quality productions and their latest offering is possibly the finest collaboration to date!

Sukriti stuns listeners with her sultry velvet-like voice and whilst Yash Narvekar sings through his woes of not being able to understand women; Sukriti does her best to explain that the thrill is most definitely in the chase!

The inimitable Mumzy brings the bashment flavour thus adding the icing on the record. He is of course no stranger to working with Rishi Rich. He jumps onto this jam straight off the back of collaborating on ‘Lost’ (3 Chapters EP), the previous Break The Noise Records release.

The uncanny chemistry between Rishi and all the artists he works with is evident through the music and content he creates. Galat Hogeya showcases two heavyweight industry music makers, Rishi and Mumzy, lending their support to two gems of the Indian Pop Scene, Yash Narvekar and Sukriti Kakar.

The upbeat and groovy Galat Hogeya, penned by Kunaal Vermaa & Mumzy, is the first non-film collaboration the trio have released under Rishi Rich’s label ‘Break The Noise Records’, although they previously combined forces in various equations to create music including songs for movies such as Mubarakan with Badshah, Kendhi Menoo for Poster Boys with Ikka and Teri Yaadon Mein (Reprise) for Behen Hogi Teri.

Rishi is excited about the release. He says: “This song has been in the making for a few years and everyone who has heard it from actors to artists, they’ve all wanted it! Of course, with what’s happened with the pandemic etc we decided to release it on our own label. Sukriti and Yash had been on it from the beginning and we had all worked on it together, Kunaal Vermaa provided the lyrics and then Mumzy just added his special ingredients to give it a bit of extra flavour!! I’m really pleased with the final result.”

Break The Noise Records is an innovative record label with an eclectic musical mix that weaves together East and West elements based on an international framework and sound.

This exciting musical endeavour has been put together by a pioneer of the Asian-R&B fusion music and Desi movement Rishi Rich, singer-songwriter for over 10 years Kiranee, and Mumbai based executive producer RDV.

‘Galat Hogeya‘ releases on 31st March worldwide on Break The Noise Records and will be available via all digital stores and streaming platforms.