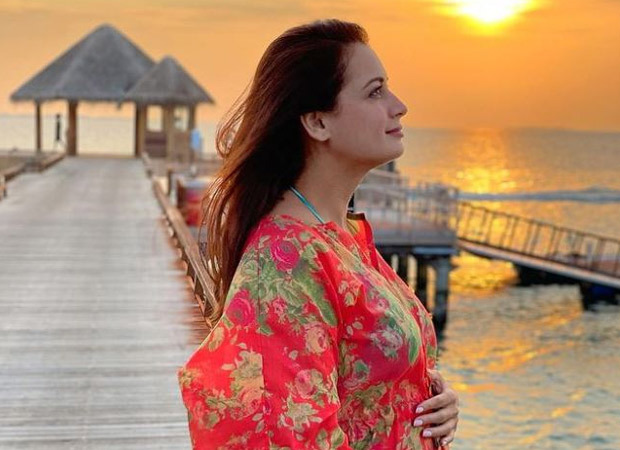 Over a month after her wedding, Bollywood actress Dia Mirza has announced her pregnancy. The actress took to Instagram to officially announce that she and her husband Vaibhav are expecting their first child.

Dia shared a stunning picture of her posing by the sea in the foreground of a sunset cradling her baby bump. “Blessed to be…One with Mother Earth…One with the Life Force that is the beginning of everything…Of all stories. Lullabies. Songs.Of new saplings. And the blossoming of hope. Blessed to cradle this purest of all dreams in my womb,” she wrote.

Dia and Vaibhav Rekhi tied the knot on February 15 in Mumbai in an intimate ceremony. The couple recently took a holiday to the Maldives along with Vaibhav’s daughter from his first marriage.