After winning the hearts of critics worldwide from his acting, global star Anupam Kher won the Best Actor award and Best Short Film for Happy Birthday at New York City International Film Festival (NYCIFF) USA. The movie portrays numerous feelings of  the actor and his attachment to one thing he loves. Happy Birthday has been one of the most highly anticipated short film of the year, starring veteran actor Anupam Kher, Aahana Kumra and directed by the very talented Prasad Kadam, produced by FNP Media. The last time both actors shared the screen in the critically acclaimed The Accidental Prime Minister movie. 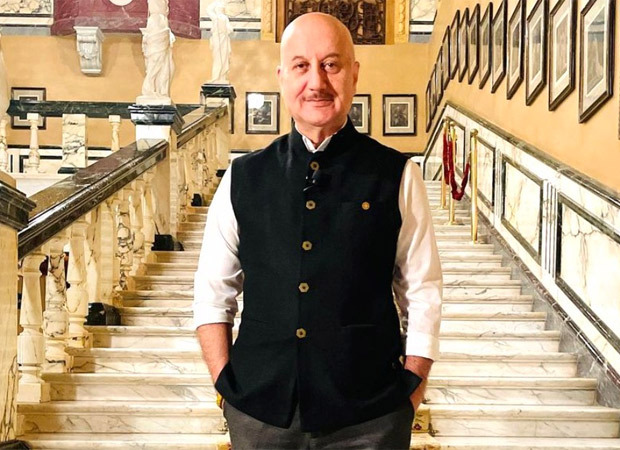 Talking a little about this win, Anupam Kher says “Thank you New York City International Film Festival (NYCIFF) for this great honour. It’s humbling to be declare the Best Actor in this film festival. The credit goes to the whole team of Happy Birthday and my co-actor Aahana Kumra, thanks to the director Prasad Kadam, story writer, production team and everybody.”

Says Girish Johar, Co Producer, “Its really overwhelming to receive these appreciations & acknowledgement of our hard work, not only from our country but from overseas too. Prasad is an extremely talented Director, who is fully hands on & knows inside out what to get from his team. He know his craft fully & is name to reckon with. He has done wonders & will go places. Anupam Sir, is a global icon, the more we say, it always falls short. He is pure GENIUS. Ahaana too did exceptionally well. So excited for receiving this honour with the well knitted Happy Birthday team.”

FNP Media is extremely delighted to collaborate with such brilliant casts and are keen to see the audience support/response. FNP Media also has many upcoming plans to experiment with its offerings. Meanwhile, director Prasad Kadam and FNP Media are coming together for their second collaboration as well post ‘Chuha Billi’ and the film is scheduled to release in 2021.