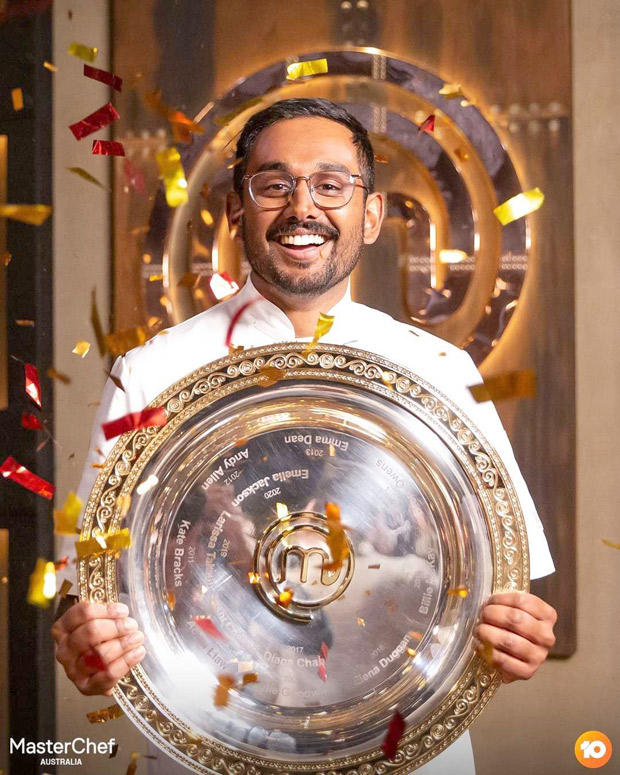 MasterChef Australia Season 13 has come to an end after announcing the winner of the show. With his remarkable and creditable victory, Indian-origin Justin Narayan has everyone proud. Along with the trophy, he reportedly took home prize money of USD 250,000 (Rs. 1.86 crore approximately).

Justin won the prize after overcoming the other two finalists in the pressure test, Kishwar Chowdhury and Pete Campbell. Post his victory, he even thanked everyone for their support on his unverified Instagram account.

Justin’s victory was also confirmed on MasterChef Australia’s official Instagram page. They posted a video of Justin’s celebration after winning the show. The post read “We think it’s safe to say @justinnarayan”s mind is blown right now,” In a video made shortly after the announcement, Justin Narayan was all smiling. In the video, Justin described the victory as a surreal feeling. “Thank you so much to the judges and the other contestants. It was the most unforgettable experience of my life,” he said.

This year, the latest season of MasterChef Australia 13 drew a lot of attention, particularly in India. Apart from Justin Narayan, the show also included Depinder Chhibber, an Indian-origin candidate who was popular in fans. One of the other three finalists, Kishwar Chowdhury, had also prepared various Indian and Bengali delicacies to satisfy the judges during the show.