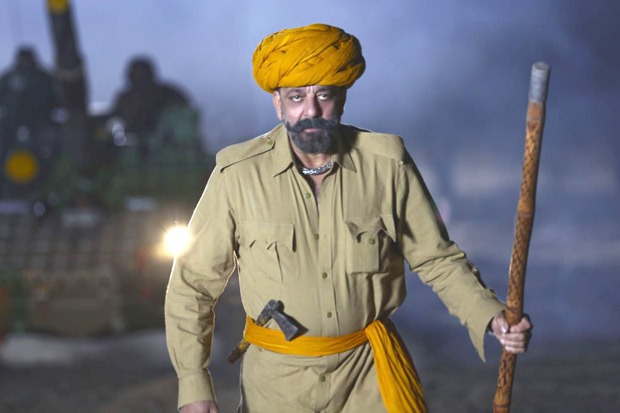 Home Entertainment Sanjay Dutt shot for Bhuj: The Pride of India during his health...

Sanjay Dutt who plays the role of Ranchordas Pagi in Bhuj: The Pride of India has been receiving various accolades for his impactful dialogue delivery and high spirited performance. Ranchordas Pagi worked as a scout on behalf of the Indian Army, he was an integral part in getting intel and also played an important role in the victory of the Indo-Pak war in 1971.

The actors’ walk in the desert where his character is all set to go far war has been talked about a lot in the film. Little did anyone know that the actor shot for that sequence right after being diagnosed with health issues. Being a thorough professional, Sanjay Dutt was keen to shoot for the film and finish his part before taking time away for the treatment.

Sanjay Dutt’s determination and professionalism to finish his commitment were highly commendable. The team ensured that his time during the shoot was extremely comfortable and the schedules were made keeping in mind his health needs.

The actor even met the Army men in Suratgarh Army Range in Rajasthan while shooting for the film. The honorable Army men spent a lot of time with Sanjay Dutt talking about their war experiences and sharing each other’s journey which was an inspiring conversation for Sanjay.