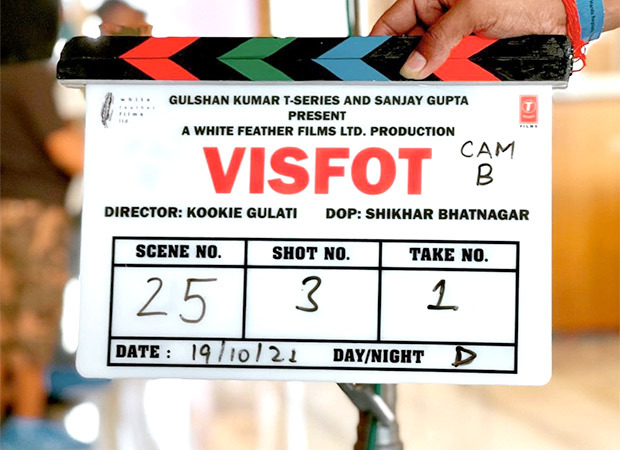 At the crack of dawn, this morning, White Feather Films and T-Series’ Visfot canned its first shot. The film, which marks Fardeen Khan’s re-entry into Bollywood after an 11-year-hiatus, is being directed by Kookie Gulati and co-stars Riteish Deshmukh, and Priya Bapat in pivotal roles.

Produced by Sanjay Gupta and Bhushan Kumar, Visfot is the official remake of Rock, Paper and Scissors (2012), Venezuela’s entry to the Academy Awards that year for the Best Foreign Language film section. Visfot’s story oscillates between Dongri and the high-rises of the city and will be shot in real locations. The film’s team had recently organized a muhurat pooja during the last leg of Navratri with the key cast and crew members. Visfot will be shot over a few schedules in the city. So, if you find Fardeen Khan and Ritesh Deshmukh in your neighbourhood, just remember they’re only having a ‘blast’ of a time filming together after 14 long years.