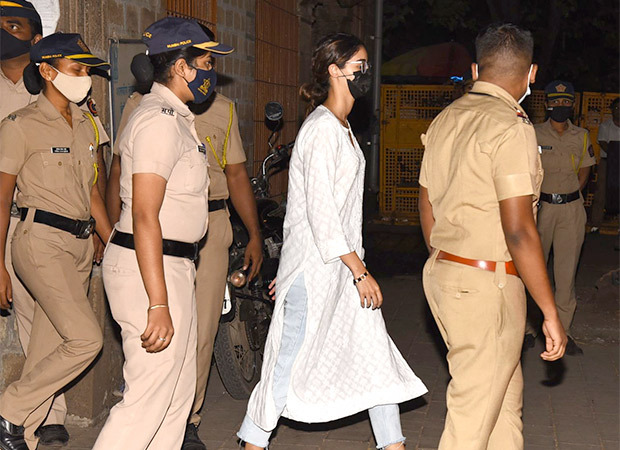 Ananya Panday was accompanied by her father Chunky Pandey and the two arrived at the NCB office at around 2.30 pm on Friday. Chunky waited outside while Ananya was interrogated by NCB zonal director Sameer Wankhede. Ananya’s laptop and mobile phone was seized by the agency on Thursday after they conducted a raid at her house.

According to reports, the NCB showed Ananya her chats with Aryan Khan where the latter asked her if arrangements for drugs could be made. To this Ananya reportedly replied, “I will raise” the matter. When asked about the chat, Ananya said that she was just joking with Aryan. The NCB claimed that the two regularly talked about drugs on chat.

“The chats recovered from Aryan Khan’s mobile phone reveal that in the year 2018-19, she helped supply drugs to Aryan thrice by providing him the numbers of drug dealers,” NCB sources told ANI.

On Friday, she was called in to record her statement. She was again asked if she consumes drugs, whether she consumed drugs with Aryan Khan, their suppliers, etc. Ananya has denied all the allegations and said that she has never consumed or supplied drugs. An NCB officer stated, “Just because she is being questioned does not mean she’s an accused.”