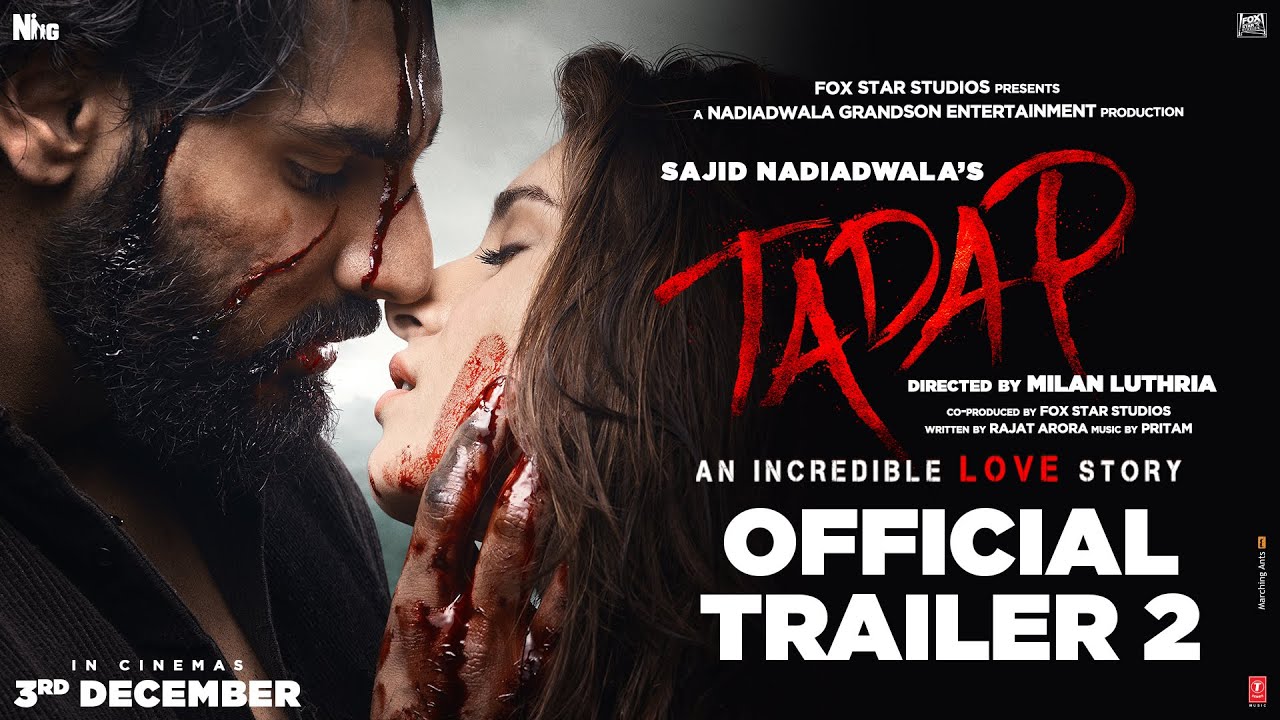 Ahan Shetty and Tara Sutaria heat up the screen this weekend with their explosive new film TADAP which opens in North American theaters this Friday, December 3rd. The stars have been captured in brand new glamorous photoshoot pictures and new footage from the movie can be seen in the new second trailer which just premiered.

Showtimes and tickets are now available at:

The film is based in Mussoorie, Uttarakhand where Ishana (Male protagonist) meets foreign returned Ramisa (Female protagonist). As their passionate romance brews, Ishana falls madly in love with her, but things turn out differently. What seemed to be a straightforward relationship gets hit by the most unexpected storm. Nothing seems to be going right for the star crossed lovers. When things seem almost overwhelming in their finality, Ishana has one more draconian hurdle thrown his way. How he copes with it forms the soul of this incredible love story.