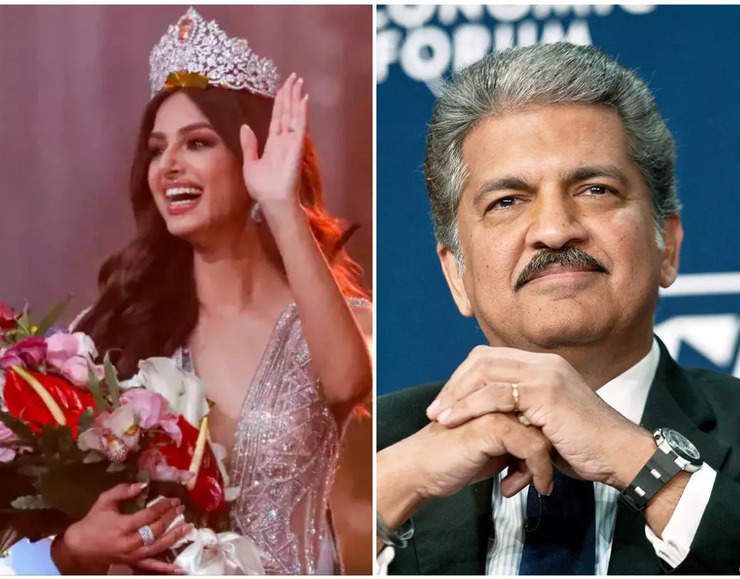 India’s Harnaaz Sandhu was recently crowned with the ‘Miss Universe’ title for 2021. The 21-year-old beauty brought back the crown to India, 21 years later, after Lara Dutta won the pageant in 2000.
The diva is currently making headlines with her pictures, happy moments but most importantly her inspiring speech which was one of the reasons which let her win the coveted crown on the world stage. Recently, industrialist Anand Mahindra acknowledged her speech.

Sharing a video clip of the speech where she spoke about the advice she would give to young women on how to deal with the pressure they face today, he wrote, “No better way to start the week than by hearing this… #MissUniverse #MissUniverse2021 #HarnaazSandhu #india”

No better way to start the week than by hearing this… #MissUniverse #MissUniverse2021 #HarnaazSandhu #india https://t.co/moyhkhTudW

Harnaaz’s words were indeed inspiring and it surely struck a chord among every person. Steve Harvey, who was hosting the show, asked her what advice she would give to young women watching on how to deal with the pressures they face today. To which Harnaaz confidently replied, “Well, I think the biggest pressure the youth of today is facing is to believe in themselves. To know that you are unique and that’s what makes you beautiful, stop comparing yourselves with others, and let’s talk about more important things that’s happening worldwide”.

She added, ” I think this is what you need to understand. Come out, speak for yourself, because you are the leader of your life. You are the voice of your own life. I believe in myself and that’s why I’m standing here today. Thank you”