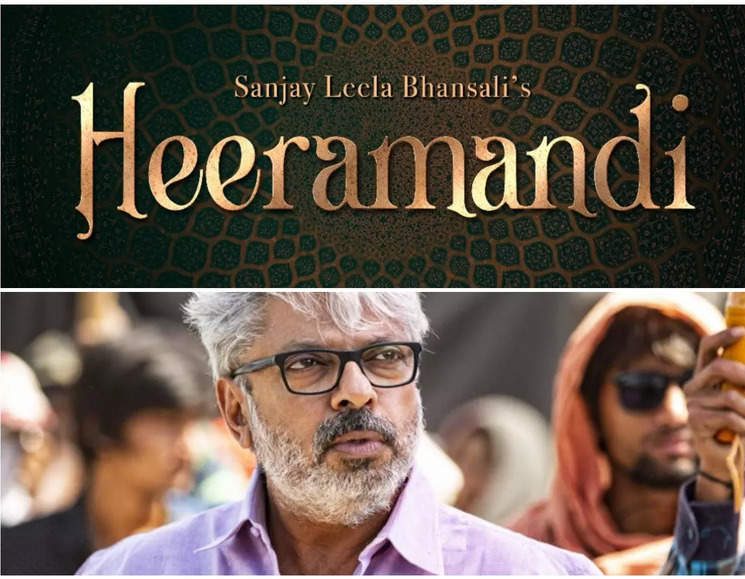 Sanjay Leela Bhansali’s period dramas always have a common vein of opulence. This time around the location is going to be shared by two of his upcoming creations ‘Gangubai Kathiawadi’ and ‘Heera Mandi’. Not that both projects are being shot on the same set. On the contrary, the new sets for ‘Heera Mandi’ are fast being constructed, but this time, they’re being put up in the same location where the ‘Gangubai Kathiawadi’ sets were erected. Sanjay Leela Bhansali’s most ambitious project is set in Lahore and it is being recreated on the same location where he shot his newest film with Alia Bhatt as the lead.

A source close to the unit revealed to ETimes, “The setting work of ‘Heera Mandi’ is currently going on. We are recreating a pre-independence Lahore.” The source added that about 700 setting workers are presently working to build the set, which involves building of brothels and the city of Lahore. The source further revealed, “The set should be ready by January and shooting will begin only in February.”

The cast of ‘Heera Mandi’ will feature actors like Manisha Koirala, Sonakshi Sinha and Aditi Rao Hydari. A few other senior actresses will also be making guest appearances in this web series. The story of ‘Heera Mandi’, as revealed by Sanjay Leela Bhansali in a previous interview, is written by Moin Beg. Bhansali in his interview had said that a 14 page story of this period drama was given to him by his friend Moin, about 16 years ago.

Beg when contacted said, “Only Sanjay Leela Bhansali can make ‘Heera Mandi’ and that is the reason I went to him and did not go anywhere else. The visuals, the grandiose and the music, only SLB can do it artistically beautiful.”

In the past, SLB had tried to make ‘Heera Mandi’ as a feature film and had reportedly offered Priyanka Chopra the chance to play the main lead. Unfortunately, the actress turned down the offer citing date issues. Some of the others names that were reportedly being considered for the project were Madhuri Dixit, Rekha, Tabu and Shabana Azmi.

In its web show format, ‘Heera Mandi’ will explore stories of courtesans and the hidden cultural reality of Heera mandi, a dazzling district, during pre-independent India. It’s a series about love, betrayal, succession and politics in the kothas which promises SLB’s trademark larger-than-life sets, multi-faceted characters and soulful compositions.