Hidden under the glitz and glam of showbiz, Anamika Anand’s reality is warped. She is a superstar loved by all but does anyone really know her? Audiences have been waiting with bated breath for Netflix’s The Fame Game – to discover hidden truths. The Madhuri Dixit-led starrer has made waves in the digital world as the evergreen superstar makes her digital debut in a thrilling series that boasts of some amazing performances. But, not just amongst the fans, amongst the several Indian originals, The Fame Game has surpassed them in first-week viewership. 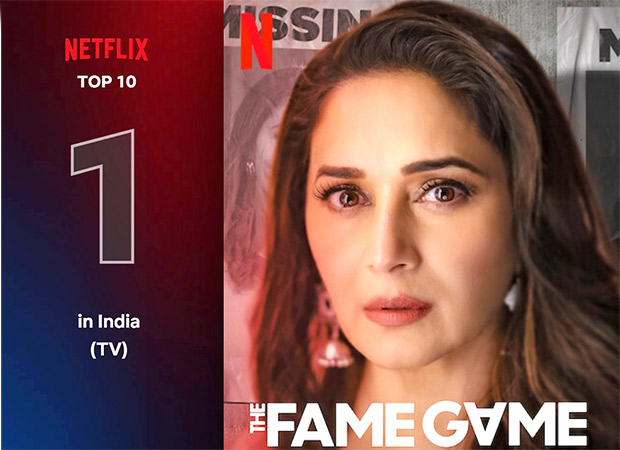 If that wasn’t all, The Fame Game has been ranked among the Top 10 in 16 countries on Netflix, taking the top slot not just in India but also in Mauritius, Pakistan, Bangladesh, and Sri Lanka. While featuring among the Top 10 in other territories like Trinidad and Tobago, Bahrain, Kuwait, Malaysia, Maldives, Oman, Qatar, Australia, and the UAE

Released on February 25, The Fame Game explores the life of Anamika Anand, a well-known superstar whose life is seemingly perfect, until the layers begin to crack. Anamika is suddenly kidnapped and her whereabouts unknown, but the question slowly turns from “Where is Anamika?” to “Who is Anamika?”