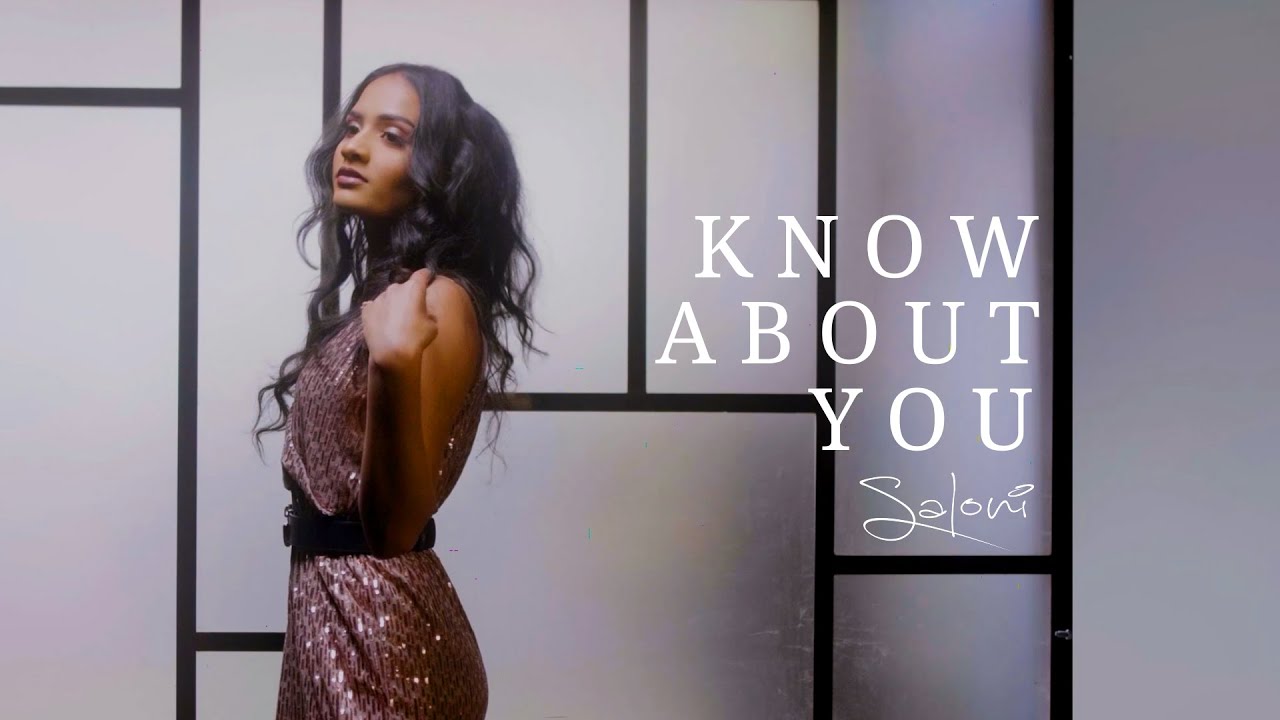 Home Music Saloni ‘Know About You’

Following on from the success of her debut EP ‘Moving On‘, reaching number 2 in India’s pop charts and subsequently achieving a number 18 position in the UK pop charts with the EP ‘On My Own‘, Saloni returns with another banger!

With her unique blend of Pop, R&B and Bollywood, the amazing singer-songwriter ‘Saloni‘ is gearing up to create another storm with her latest tune ‘Know About You‘ – an exhilarating fusion of Latin music with Punjabi and RnB vibes!

London and Milton Keynes based Saloni sings in 10 languages and across numerous genres. This is an artist who’s been on the slope to stardom for many years. Her original songs were selected for a UK songwriting competition (in association with the Brit Awards), she has a number of ‘Upcoming Female Artist‘ awards under her belt and has received great acclaim from music industry professionals and media alike.

In an era where social media speaks volumes about popularity, Saloni’s fast-growing fan army is clearly evident through her TikTok views approaching the 5 MiLLION mark!

Her passion for music and dance came at an early age, initially classical Indian music and then Bollywood as well as more mainstream pop sounds. Influenced by Taylor Swift, Bruno Mars, Katy Perry and Beyonce in her earlier years, she’s progressed to actually work with artists and producers associated with Dua Lipa, Rag N Bone Man and Clean Bandit!

Saloni’s eclectic music passion has also seen her perform across the UK at various festivals as well as sharing the stage with well-known artists including the legendary S.P. Balasubrahmanyam, touring with K.S. Chitra, Indian Idol Revanth, Arjun, Tasha Tah and Mumzy Stranger amongst others!

Saloni says of her latest track: “Know About You is my first bilingual original, making it very relatable to British Asians like myself! Many females would resonate with this party track. As someone that used to be a people pleaser, I wanted to write a song that encourages us women to walk our own path, take control and make a statement.”

An exciting video produced by Murshed accompanies the track.

‘Know About You‘ and its accompanying video released globally on the 11th March 2022 via all digital stores and streaming platforms.