Filmmaker Vivek Agnihotri’s The Kashmir Files starring Anupam Kher is showing good growth at the box office. With that being said, even Prime Minister of India, Narendra Modi, is showing his strong support for the film. 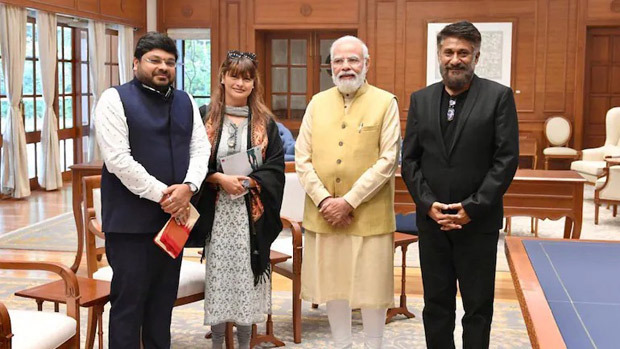 PM Narendra Modi shows strong support for The Kashmir Files: ‘The conspiracy for the last few days is to ensure that no one sees the truth’

Bharatiya Janata Party released the video of the PM’s speech in which he talked about the film. “History has to be presented in the right context before the society from time to time. Just as books, poetry, and literature play a role in this, in the same way even films can also do so. “Post India’s Independence, we have been hearing about Martin Luther King and Nelson Mandela but not so much about Mahatma Gandhi. Had someone taken the effort to make a film on Gandhi and presented it to the world, the message may have been delivered. For the first time, a foreigner made a film on Gandhi and even won an award for it, that is when the world got to know how great Gandhi was,” PM Modi says.

He also talked about those who were against The Kashmir Files’ release. “Some people speak about the freedom of expression, but no film was made on Emergency because there was continuous effort to bury the truth,” adding, “When on August 24 (the day of Partition), we decided to mark it as a horror day, some people had issues with that… But how can the country forget that day? But by doing so we would have been able to learn about it,” he said.

“Has a film been made on the Partition? You must have heard about the discussion about Kashmir Files, those who carry around the flag of Freedom of Expression, that whole bunch is rattled for the last few days,” he further continued.

“Instead of assessing the film on the basis of facts and truth, a campaign is on to discredit it. The whole ecosystem opposes anyone who tries to show the truth,” he said. “They only try to project what they want to see as truth. The conspiracy for the last few days is to ensure that no one sees the truth. My issue is not about a film, but about bringing the truth in its correct form before the country,” he added.

“There can be many aspects of truth and different views, those who think it is not correct can make their own film, but they are shocked that the truth that they tried to suppress is now coming out with the backing of facts and efforts. The entire ecosystem is involved in it,” PM Modi said.